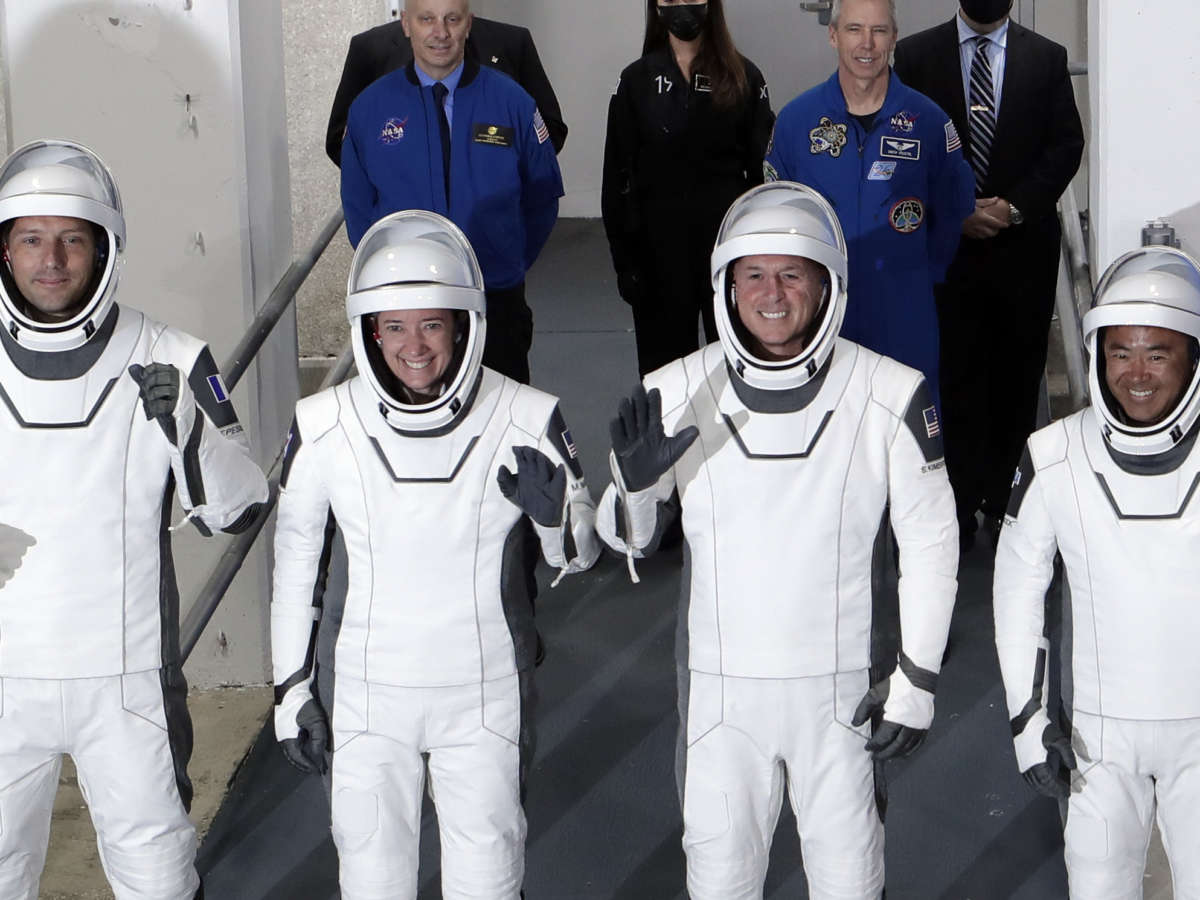 The journey back to Earth from space is never easy, but the astronauts aboard the SpaceX capsule coming home Monday will have an extra challenge to deal with: no working toilet. The four members on SpaceX Crew Dragon Endeavor will be wearing diapers as they splash down, in order to prevent anything else from splashing too.

The crew for this mission, known as Crew-2, has been at the International Space Station since April, and have spent nearly 200 days in space. “It’s been a very, very intense mission, a lot of things have happened,” said expedition commander and French astronaut Thomas Pesquet in a press conference over the weekend. Over the mission, they conducted a series of spacewalks installing solar panels to upgrade the station’s powergrid, grew the first green chile peppers in space (and made tacos!) and even hosted a private Russian film crew.

The SpaceX capsule is currently scheduled to undock from the International Space Station on Monday afternoon and return Monday night, although all of that is dependent on the weather. All in all, the four crew members could spend up to 20 hours in the capsule, from the time the hatches are closed until they open again on Earth.

In this weekend’s press conference, NASA astronaut Megan McArthur confirmed that the toilets on board Dragon Endeavor are broken. “Of course that’s sub-optimal, but we’re prepared to manage,” she said with a smile. “Space flight is full of lots of little challenges, this is just one more that we’ll encounter and take care of in our mission.”

This is not the first toilet issue on a SpaceX Dragon capsule. An alarm went off on SpaceX’s all-tourist flight earlier this year, signaling a problem with the onboard waste management system. Bill Gerstenmaier, a vice president at SpaceX, later said in a press conference that the spacecraft’s urine storage system had become disconnected in flight, allowing pooled urine to enter a fan system. It didn’t cause any major problems on that flight.

A similar problem was then found on Crew-2’s capsule, which is why it has been taken offline for this return journey home. NASA and SpaceX engineers say they did extensive tests to make sure that the urine leak from April, when the crew was last in the Dragon capsule, would not have harmed the spacecraft over time.

A new SpaceX mission, Crew-3, is set to launch no earlier than Wednesday to continue the work of Crew-2. Gerstenmaier, who was a longtime NASA engineer before joining SpaceX, says that the toilet problem has been fixed for the upcoming launch.