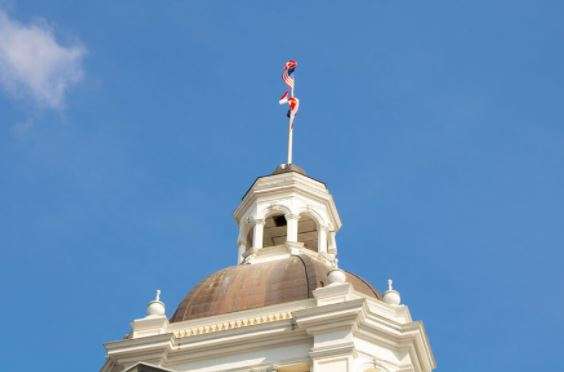 Continuing a decade-long effort to rewrite the state’s alimony laws, the Florida House on Wednesday approved a contentious measure that would do away with permanent alimony
and set up maximum payments based on the duration of marriage.

The measure, now set for action by Gov. Ron DeSantis, drew emotional debate from people on both sides of the issue during committee meetings in recent weeks. The Senate approved the bill (SB 1796) last week.

This year is the third time the Legislature has passed alimony overhauls, with former Gov. Rick Scott twice vetoing such legislation. A standoff over the issue led to a near-fracas outside Scott’s office in 2016.

One of the most controversial parts of this year’s legislation would change the process for modification of alimony when people who have been paying seek to retire. Critics argued the plan could impoverish older ex-spouses who have been homemakers and are dependent on the payments.

The ex-spouses who pay would have to give one year’s notice indicating they intend to retire and could stop payments upon retirement, except under certain circumstances.

Under the bill, alimony recipients who have incomes up to 130 percent of the federal poverty level without alimony, are full-time caregivers of mentally or physically disabled children or who are unable to care for themselves would be able to file objections to the retirement notices.

Judges would be allowed to extend the duration of alimony in those instances.

Rep. Joe Geller, an Aventura Democrat who is a lawyer, argued Wednesday that the proposal is

“fundamentally unfair” to homemakers who get “dumped” after their spouses achieve success.

“It’s fundamentally unfair to largely women, older women, who made a choice that they were not going to hone their professional skills, that they were not going to have careers, women who dedicated themselves not only to raising children but to making the career of their spouses,” Geller said. “Now they’re being reduced to poverty. It’s just not right and it’s just not fair. … They’re entitled to get something back from the choice they made.”

and encouraged lawmakers to pass the bill to “modernize our alimony

The Family Law Section of The Florida Bar immediately asked Wednesday that DeSantis veto the bill.

“Proposed changes to alimony in this bill are retroactive and will affect existing and pending awards of alimony, impacting countless marital
settlement agreements and final judgements,” Heather Apicella, who chairs the Family Law Section, said. “This sets a dangerous precedent for contractual agreements in Florida, and we are deeply concerned that this public policy erases equability and sets up a system that heavily favors one party, while damaging the other unnecessarily.”

But Marc Johnson of the group Florida Family Fairness, which backed the measure, praised lawmakers.

“SB 1796 would modernize Florida’s alimony law, by making the process more equitable and predictable for all parties while also reducing the cost of litigation,” Johnson said in a prepared statement. “This bill also protects children and allows both parties to retire with dignity, while giving the courts discretion to protect vulnerable alimony recipients.”

The plan, approved by the House in a 74-42 vote, would do away with permanent alimony and set maximum durations of payments. Spouses who have been married for less than three years would not be eligible for alimony and those who have been married 20 years or longer would be eligible to receive payments for up to 75 percent of the term of the marriage.

The bill would cap alimony at “the amount determined to be the obligee’s reasonable need or an amount not to exceed 35 percent of the difference between the parties’ net incomes, whichever is less.”

Another part of the bill would require judges to begin with a “presumption” that children should split their time equally between parents. Scott largely pinned his 2016 veto of an alimony bill on a similar child-sharing provision.

Rep. Alex Andrade, a Pensacola Republican who has sponsored similar versions of the alimony overhaul in the past, backed the proposed child-sharing presumption, saying studies prove that a father’s presence in a child’s
life “was critically important to that child.”

“If for no other reason, we support this bill so that we can continue to encourage the vast majority of good couples who want to play a role in their children’s life, who want to spend time with their kids and who want to reframe one of the most toxic experiences in their life back on the positive, which is the children,” Andrade, an attorney, argued.

But Rep. Emily Slosberg-King, D-Boca Raton, argued that judges currently are supposed to “consider the needs and interests of a child” when determining a parenting plan. Slosberg-King, also a lawyer, noted that there shouldn’t be a 50-50 presumption in situations when one parent is a drug addict and the other is not.

“A 50-50 time share should not be considered ideal in each case,” she said. “The premise that children split equal time between both parents before considering any factors related to the best interest of the child is actually contrary to the best interests of the child, let alone a significant legal hurdle or procedural legal hurdle for self-represented litigants to overcome.”