9 Killed, At Least 16 Injured In Shooting In Dayton, Ohio 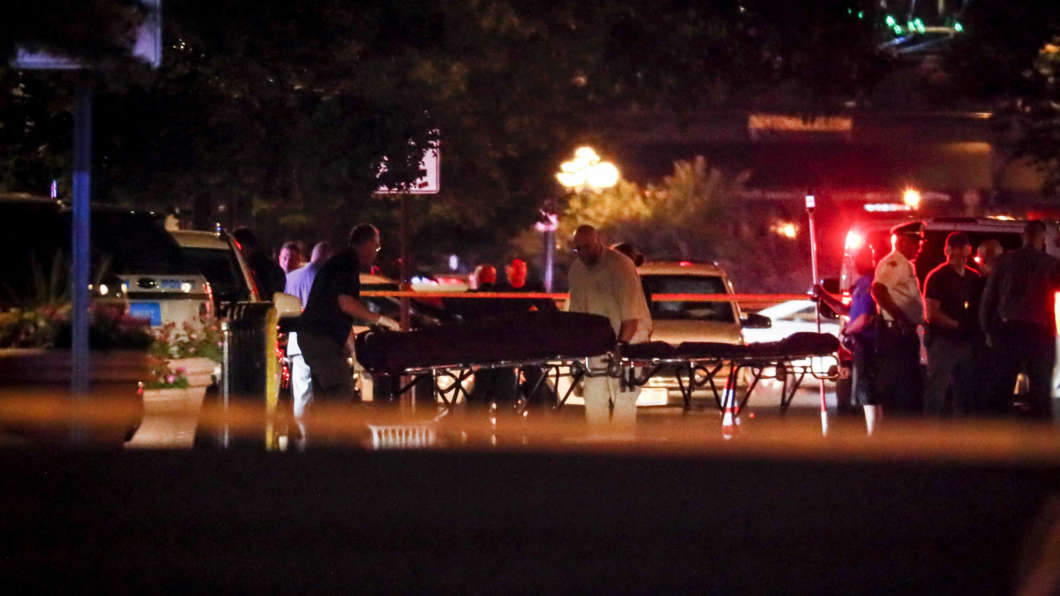 Bodies are removed from the scene of a mass shooting in Dayton, Ohio, Sunday.
Image credit: John Minchillo

In the second major mass shooting in less than 24 hours in the United States, police confirm that nine people were killed and at least 16 injured early Sunday in Dayton, Ohio.

The shooter was killed by police officers.

Police say the shooting started at 1 a.m. outside in the city’s Oregon District. In what Carper called a “very short timeline of violence,” the shooter used what police called a “long gun.” Carper said police are investigating the possibility of more shooters being involved, but “it looks like” only one shooter was responsible.

Police did not identify the shooter and said they are working on identifying the suspect.

Carper said 16 people are in area hospitals that officials “are aware of” and they are in unknown condition.

The Dayton police have trained for years for active shooting situations, Carper said. Twenty-one medic units responded to the scene and the FBI is on the scene to assist in the investigation.