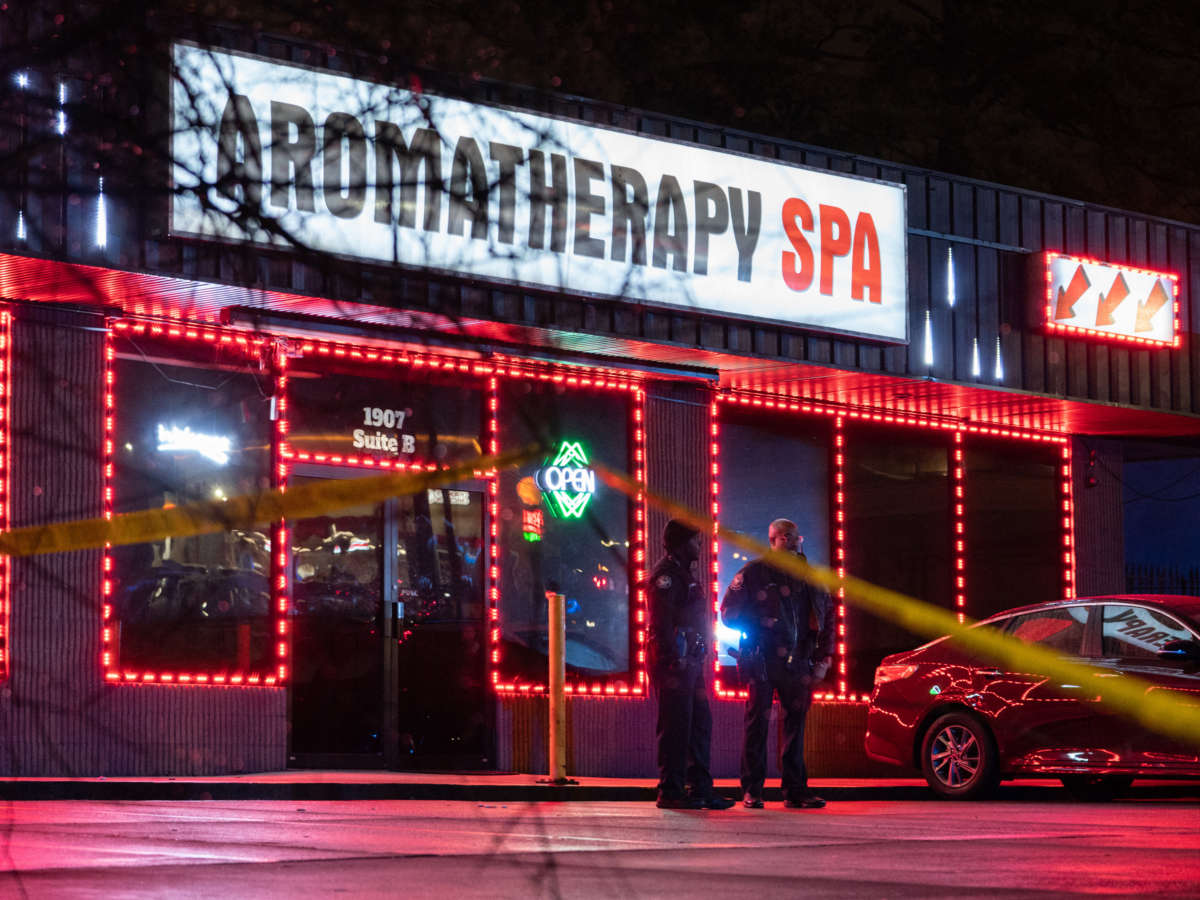 Eight people were killed in shootings at three different spas in Georgia on March 16 and a 21-year-old male suspect was in custody, police and local media reported.
Image credit: Elijah Nouvelage

At least eight people were killed and several others injured in a series of shootings at three spas in the Atlanta metro region Tuesday. The suspect, a man from Woodstock, Ga., has been taken into custody in connection with all three incidents, according to The Atlanta Journal-Constitution.

The Cherokee County Sheriff’s Office announced Robert Aaron Long, a 21-year-old white man, was arrested at about 8:30 p.m. local time following a chase that led officers into Crisp County — about three hours away from where the first shootings at a massage parlor occurred, according to police who spoke during a brief press conference. Long was transported to the Crisp County Detention Center, police said.

Records searches into Long’s background do not show any prior criminal history.

The FBI is assisting Cherokee County and Atlanta police in this investigation, Kevin Rowson, a spokesman for FBI’s Atlanta office, told NPR.

Jay Baker with the Cherokee County Sheriff’s Office said when officers arrived at Young’s Asian Massage, two victims were already dead and another three were still alive, 11Alive reported. The wounded were rushed to a local hospital, but two have since died. One of the victims was a man, as is a survivor, officials said.

The names of the four victims killed at Young’s Asian Massage, as well as that of the person who was injured, have not been released by authorities.

About an hour after that shooting, Atlanta police officers were called to respond to a robbery in progress at Gold Spa. Once there, they discovered the bodies of three women who had been fatally shot. Moments later, officers were called to a another shooting across the street at a different spa — Aromatherapy Spa — one more woman was found dead of a gunshot wound.

Authorities said many of the victims appeared to be women of Asian descent. None of the names of the injured or deceased have been publicly released yet.

Police have not explained what Long’s motive might be, but the killings come as violence against Asian Americans has spiked in the wake of the coronavirus pandemic.

It said that number represents a fraction of the true number of hate crimes committed against the community. These incidents range from verbal harassment and shunning to more extreme acts of physical attacks.

Following reports of the shootings in Atlanta, police in New York and Seattle said they are boosting law enforcement presence in Asian American communities.

The Asian Americans Advancing Justice, an Atlanta-based legal advocacy nonprofit, said late Tuesday that the organization is “shaken by the violence in our city.”