8 People Are Killed By Gunman At A University In Russia 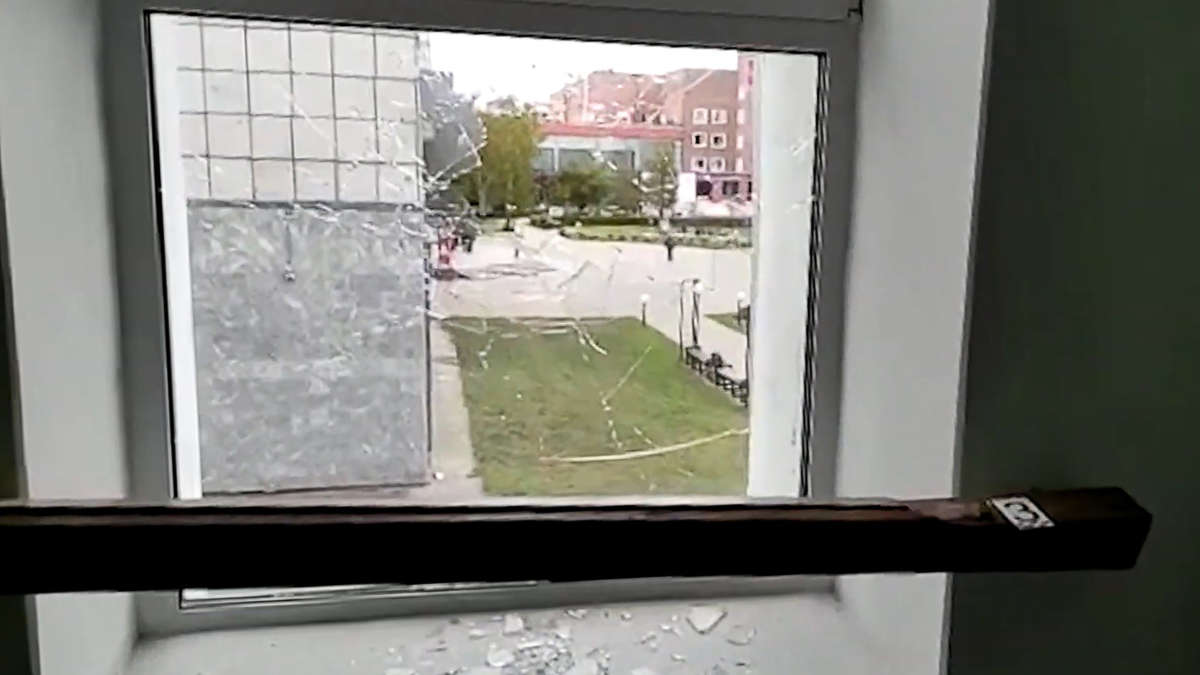 A broken window is pictured at the Perm State University where an unidentified man opened fire, killing at least eight people and injuring 24 others.
Image credit: Investigative Committee

At least eight people are dead and two dozen injured at a university in Russia after a gunman opened fire, and some students jumped out of second-story windows in an apparent effort to escape the attack.

The shooting occurred at the Perm State University in the city of Perm, about 700 miles east of Moscow. Russian authorities said the suspect — identified as a student at the university — had been detained and was being treated at a hospital. Local media said that ahead of the attack, the suspect had posted to social media saying he was motivated by hatred, not politics or religion.

During the attack, staff and students locked themselves in rooms, and the university asked anyone who could to flee the campus, The Associated Press reports. Video circulated online showed students leaping from second-floor windows.

Only about 3,000 of the school’s 12,000 total enrolled were on campus at the time of the shooting, the university said.

Russia’s Health Ministry said eight were dead and 24 had been hurt — 19 of them by gunfire.

Russia has strict gun ownership laws. The country’s Investigative Committee said the shooter legally purchased the weapon used in the attack, a hunting rifle, in May, according to The Moscow Times. The university press service said the weapon was designed to fire non-lethal rubber or plastic projectiles. It’s possible that this type of weapon can be modified to fire other types of ammunition, the AP notes.

Although such shootings are rare in Russia, in May a similar attack occurred in the city of Kazan, in Tatarstan, when a 19-year-old gunman opened fire on a school there, killing seven students, a teacher and a school worker and injuring 21 others.

In 2018, 20 people were killed and about 70 wounded in an attack at Kerch Polytechnic College in Crimea. The shooter, a fourth-year student at the college, took his own life.

NPR’s Charles Maynes in Moscow contributed to this report.