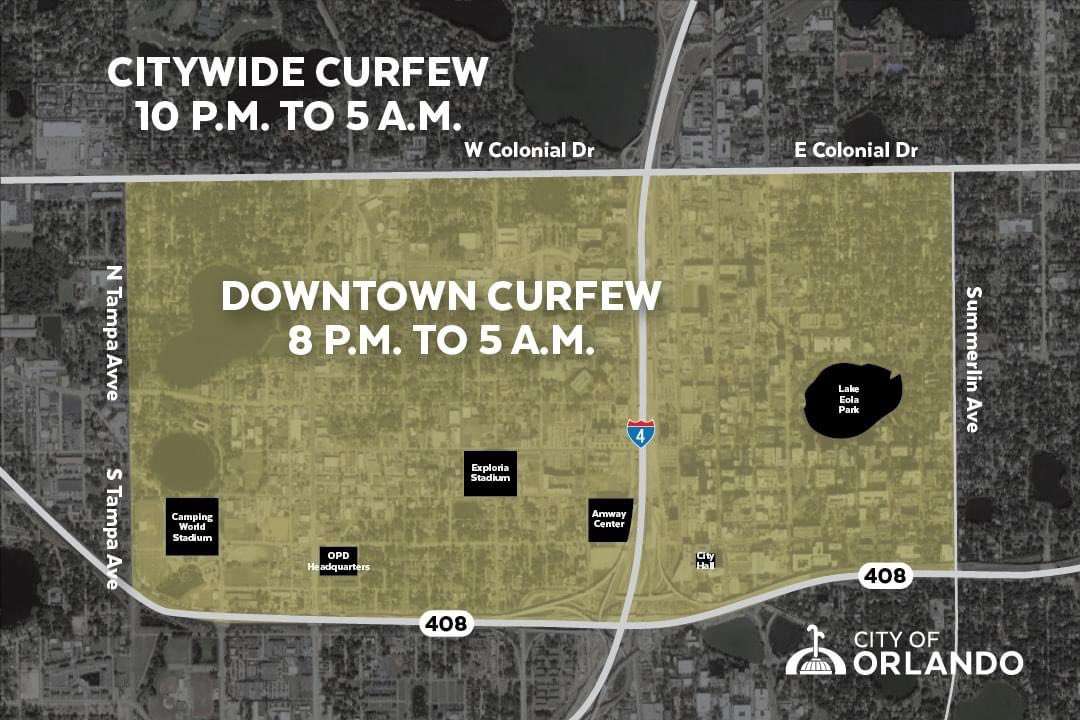 The Orlando Police Department posted this map showing the area covered by a curfew that starts at 8 p.m.

Orlando has announced an 8 p.m. to 5 a.m. curfew for downtown after several hours of peaceful protests ended with rock-throwing and tear gas Tuesday night.

The curfew still begins at 10 p.m. in the rest of the city.

The early curfew is for an area stretching from Tampa Avenue east to Summerlin Avenue and from Colonial Drive south to the 408.

Police Chief Orlando Rolón said the vast majority of protesters were peaceful – only at the end of the night did a few remaining people throw rocks and bottles at police.

He said that’s when officers used smoke and two canisters of tear gas and made 28 arrests.

Rolón said 200 pounds of rocks were found pre-positioned around OPD headquarters and some protesters brought slingshots, rocks or fireworks.

“So, aside from the fact that we’re highlighting, yes, that we have a lot of peaceful protesters, ” he said, “we need to understand that those that are coming into the area, there are some that are infiltrating those groups with ill intentions.”

More protests were expected this evening.