6 Takeaways From The New Hampshire Primary 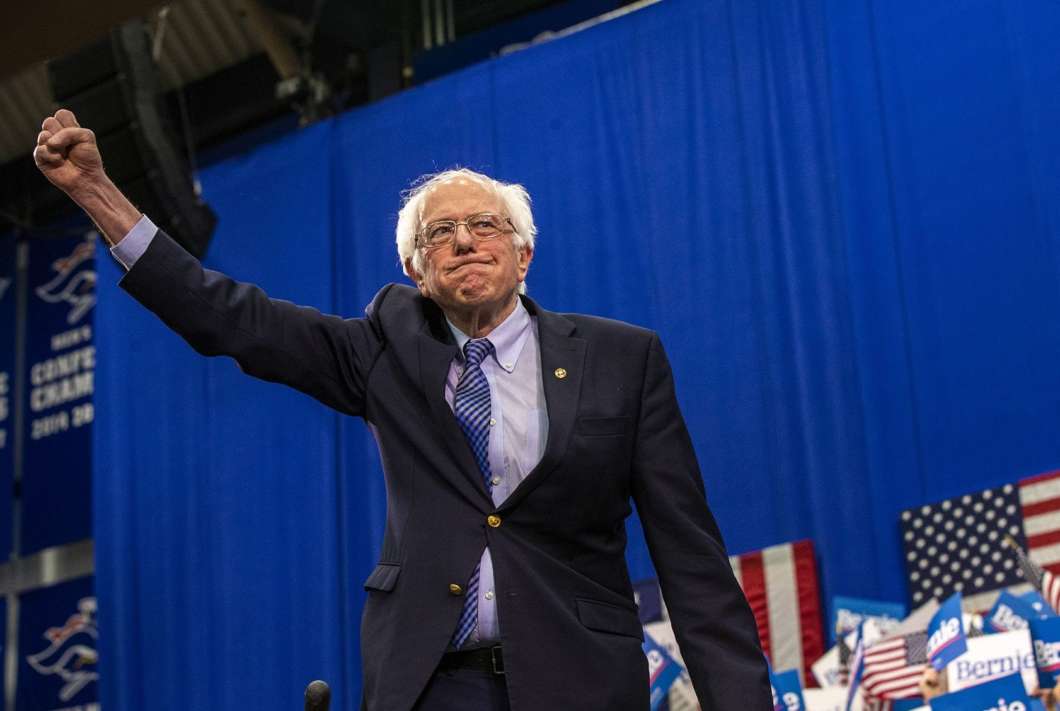 The finish at the top in New Hampshire looked a lot like the finish last week in Iowa, this time with Vermont Sen. Bernie Sanders leading the way and former South Bend, Ind., Mayor Pete Buttigieg finishing a close second.

But from the No. 3 spot on down, there were some pretty big surprises, including the rise of Minnesota Sen. Amy Klobuchar and disappointing finishes for Massachusetts Sen. Elizabeth Warren and Joe Biden.

Here are six takeaways from what happened last night:

1. Sanders has the inside track for the nomination right now

Sanders essentially tied in Iowa (and had the most raw votes) and now has won New Hampshire, and because the center-left of the party is divided at the moment, he is in the pole position for the Democratic nomination.

That’s especially true if Massachusetts Sen. Elizabeth Warren continues to fade. She finished fourth with only about 9% of the vote — not a good showing for a senator from a neighboring state.

But Sanders has only gotten 26% of the vote in both states. He needs to be able to show he can expand beyond his core base of voters under-30-years-old and liberals, if he wants to win the nomination.

Bernie Sanders supporter William Collins of Harwich, MA waves a Bernie sign as positive news that he is leading the pack during the New Hampshire Primary.
Jesse Costa/WBUR

Unlike Iowa, turnout in New Hampshire was high, which helps Sanders’ case that he can drum up enthusiasm among the base, especially young voters (even though exit polls showed a smaller percentage of voters under 30 came out to vote than in the 2016 primary).

However, that doesn’t mean there isn’t now going to be a very loud debate on whether Sanders, a self-described democratic socialist, can defeat President Trump.

3. Klobuchar was the story of the night — and the search is on for the Sanders alternative

Minnesota Sen. Amy Klobuchar finishing third with 20% of the vote was the biggest surprise of the night. She appears to have found a lane for a hopeful message between Sanders and the rest of the pack.

“We cannot win big by out-dividing the divider-in-chief,” Klobuchar said. “We have to bring people with us instead of shutting them out. Donald Trump’s worst nightmare is the people in the middle, tired of the name-calling and the mudslinging, have someone to vote for in November.”

Klobuchar had been trending upward since her surprise fifth-place finish on the heels of former Vice President Biden in Iowa, and her debate performance appears to have put her over the top. About half of voters said they decided in the last few days, and half of voters also said the debate was important to their choice, according to the exit polls.

Klobuchar is peaking at exactly the right time. The question for her is — can she capitalize on it and convince moderates she’s the one who can win. A lot of that may well depend on how she performs with more diverse electorates in upcoming contests.

4. For Buttigieg, Iowa and New Hampshire are nice, but now comes the real test

After doing well in Iowa and New Hampshire, Buttigieg is the delegate leader in this race with 22 to Sanders’ 21. But there’s a long way to go. Just 2% of the delegates have been allocated, and a candidate needs 1,991 to become the nominee.

Buttigieg’s candidacy is about to face its most critical stress test with the primary race heading to Nevada Feb. 22 and South Carolina a week later. He’s won in two of the whitest states in the country and has strength with white voters with college degrees. But he’s struggled in the polls with voters of color. Nevada was 41% non-white in 2016, and 61% of South Carolina Democratic voters were African American.

5. Biden’s in free fall. Will South Carolina really be the firewall?

For the former vice president, with higher name recognition coming into this primary campaign, there’s just no excuse for a fifth-place finish in New Hampshire.

As recently as three weeks ago, Biden was leading the polls in the state. And the electorate that turned out was older and less liberal than 2016, according to the exit polls.

If your argument is that you’re the most electable, you can’t finish fourth and fifth, respectively, in the first two nominating contests.

Biden has one last shot in South Carolina, and that’s where he was on Tuesday night instead of waiting for results in New Hampshire. “It ain’t over, man,” he said. “We’re just getting started.”

He stressed that “99.9%” of black voters and “99.8%” of Latinos in the Democratic primary haven’t had a chance to weigh in yet. Biden’s been banking on doing well with black voters — and he has to. A bad showing in South Carolina, and it’s the end for Biden. It’s still more than two weeks away, and he needs to stop the bleeding with a solid performance in Nevada.

Making things more difficult for Biden is wealthy venture capitalist Tom Steyer, who’s spending a ton of money and making a serious play for black voters in South Carolina. If he gets a significant share of them, that could gut Biden’s campaign.

Biden’s performance on the campaign trail has not inspired confidence in Democratic voters who were open to voting for him — and many are now thinking about former New York Mayor Michael Bloomberg. The billionaire, who is already facing scrutiny for his tenure as mayor, is not on the ballot in Nevada and South Carolina, but he will be in the March 3 Super Tuesday states. He’s spent more than $350 million of his own money on ads, and they have become ubiquitous.

If Biden, Buttigieg and Klobuchar don’t perform well in Nevada and South Carolina, and Bloomberg beats them out on Super Tuesday, that’s a plausible scenario in which it becomes Sanders versus Bloomberg. Can you imagine what that would do to the party?

6. Primaries are a lot easier than caucuses

Finally, one really nice thing about Tuesday night was actually having results.

Primaries are just more straightforward than caucuses, and with more states moving away from caucuses, you wonder if they will soon become a thing of the past.

There’s going to be a real conversation among Democrats about the best way to count votes, especially considering Iowa gave Republicans an opening to attack Democrats on competence.