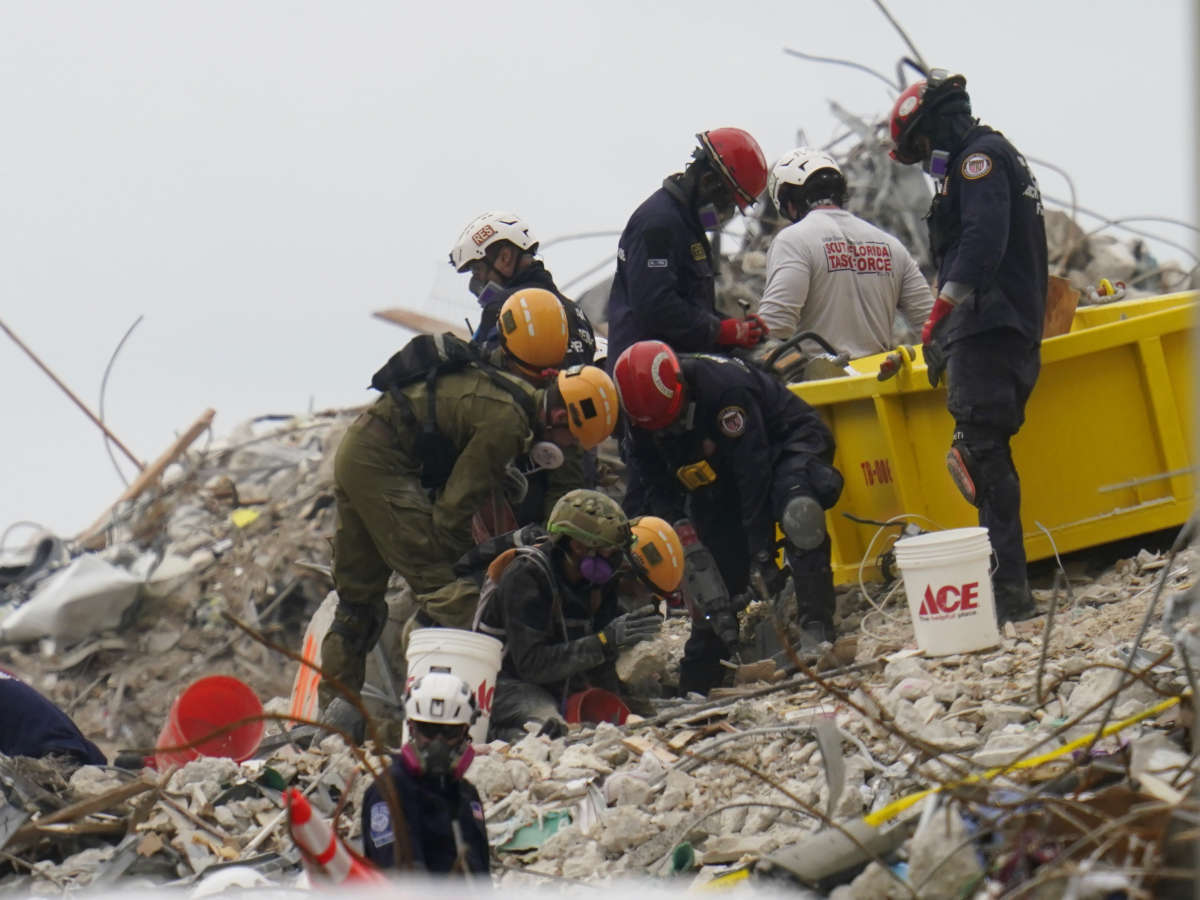 Crews work in the rubble of Champlain Towers South residential condo, Tuesday, June 29, 2021, in Surfside, Fla. The rescuers are searching urgently for the scores of souls buried beneath the fallen 12-story wing of the Champlain Towers condo building. As of Tuesday morning, more than five days after the collapse, the death toll stood at 11, with 150 people unaccounted for. (AP Photo/Gerald Herbert)

SURFSIDE, Fla. (AP) — Search crews going through the ruins of a Florida condo tower have pulled six more bodies from the rubble, bringing the number of confirmed dead to 18.

It was the highest one-day toll since the building collapsed almost a week ago into a heap of broken concrete.

The number of residents unaccounted for stands at 147.

Miami-Dade Mayor Daniella Levine Cava made the announcement at an evening news conference. She said two of the dead were children.

Earlier in the day, crews searching for survivors built a ramp that should allow the use of heavier equipment. The state fire marshal says that could accelerate the removal of concrete.