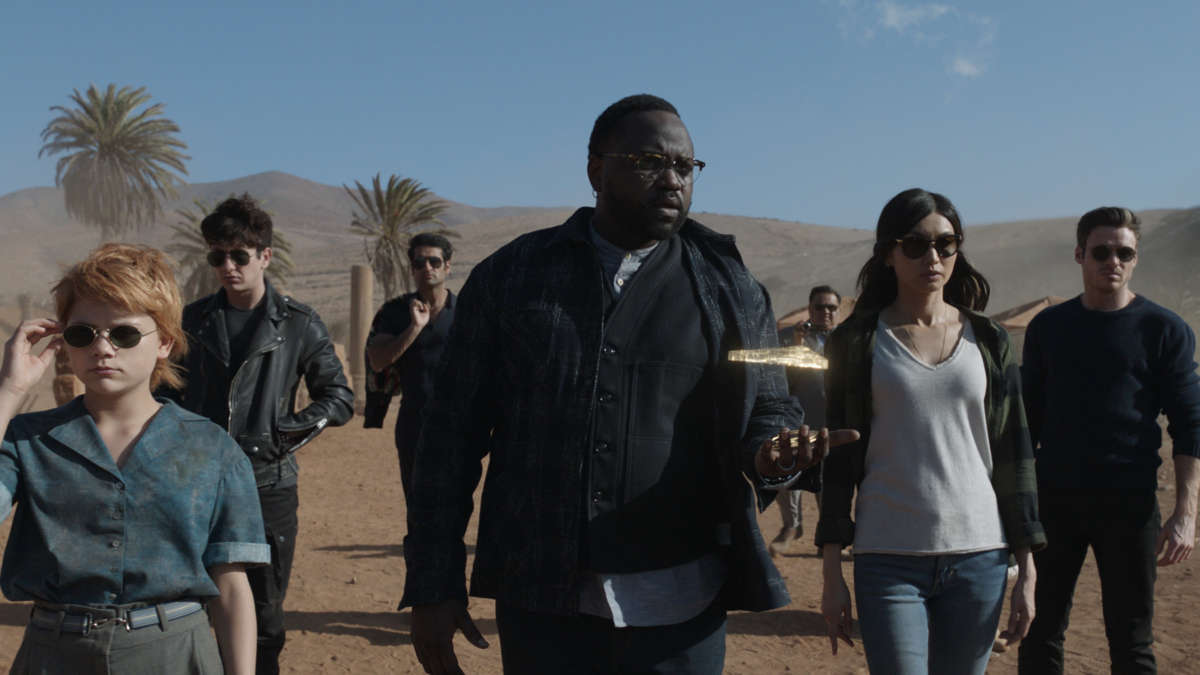 You’ve never heard of him. He’s an Eternal — one of a band of super-powered immortal beings who have lived among us for over 7,000 years, tasked with protecting humanity from their evil counterparts, the Deviants.

No, he’s not exactly a household name. Neither, for that matter, are any of the Eternals, which you might think would have Marvel worried. But it’s not the first time they’ve sunk a lot of money and marketing into a film starring deep, deep-bench Marvel characters/raccoons/barely-talking plant creatures.

He’s the weapons maker/tech guy of the group. Whether this means he’ll be the guy tasked with delivering lines like “I’ve jacked into the mainframe!” and “Reroute the servers!” remains to be seen.

The Eternals have been around, in the comics at least, since 1976, when they debuted in The Eternals #1 (July 1976); these original Eternals were created by Jack Kirby.

Phastos didn’t make his first appearance until 1985, in another comic called The Eternals #1 (don’t think too hard about that — it’s comics); he was created by Peter Gillis and Sal Buscema.

In the latest trailer, there’s a blink-and-you’ll-miss it scene showing Phastos on his front lawn with his husband (played by out actor Haaz Sleiman) and his kid.

This cardigan-wearing, deeply suburban, Ikea-fall-collection version of the character squares with the source material to some degree — comics’ Phastos is a pretty dour cuss, who’s more reluctant to fight than his compatriots; at one point, he changed his name to Ceasefire, which is a weirdly aggressive way to declare one’s pacifist tendencies, if you think about it.

In 2019’s Avengers: Endgame, co-director Joe Russo played an unnamed gay man in a brief scene at a support group. Actor Tessa Thompson has said she intends her Thor: Ragnarok character to be bisexual, and hinted that the upcoming Thor: Love and Thunder might explore that side of her character.

*Edited to add: Sure, Loki’s queer in the comics. In the MCU, though, he’s only made that one murmured aside to being with both women and men. A single line of dialogue referring to something not depicted onscreen may rise to the level of “out” for you; it doesn’t, me.

Plus, there’s scores of background players in various crowd scenes that have pinged my personal gaydar. There was this one hot waiter in The Avengers who likely got smushed by a giant Chitauri space-eel, in particular.

There’s reason to expect that Phastos’ sexuality won’t be shunted offscreen, the way it usually is for MCU heroes. (Steve Rogers and Bucky Barnes were allowed to smolder at each other, but never took it past that. Canonically, anyway.)

Actor Haaz Sleiman told NewNowNext that his character shares a “beautiful, very moving kiss” with Phastos. Which sounds great, representation wise. But he followed that heartening declaration up with, “Everyone cried on set.”

Now, of course that could mean nothing more than the cast and crew just got emotional at the sight of two men expressing their love for one another in a major studio blockbuster. Or it could mean that things end badly for one or both of those characters.

Henry came to a lot of folks attention as the droll rapper Paper Boi on Atlanta, but he’s been around a while, soaking up Emmy and Tony nominations like a sponge, if sponges attended the Yale School of Drama. Most importantly, however, in this year’s Godzilla vs. Kong, he demonstrated that he can still make an impression even amid the kind of CGI-dense slugfests he’ll be facing down when Eternals finally premieres in theaters on November 5th.