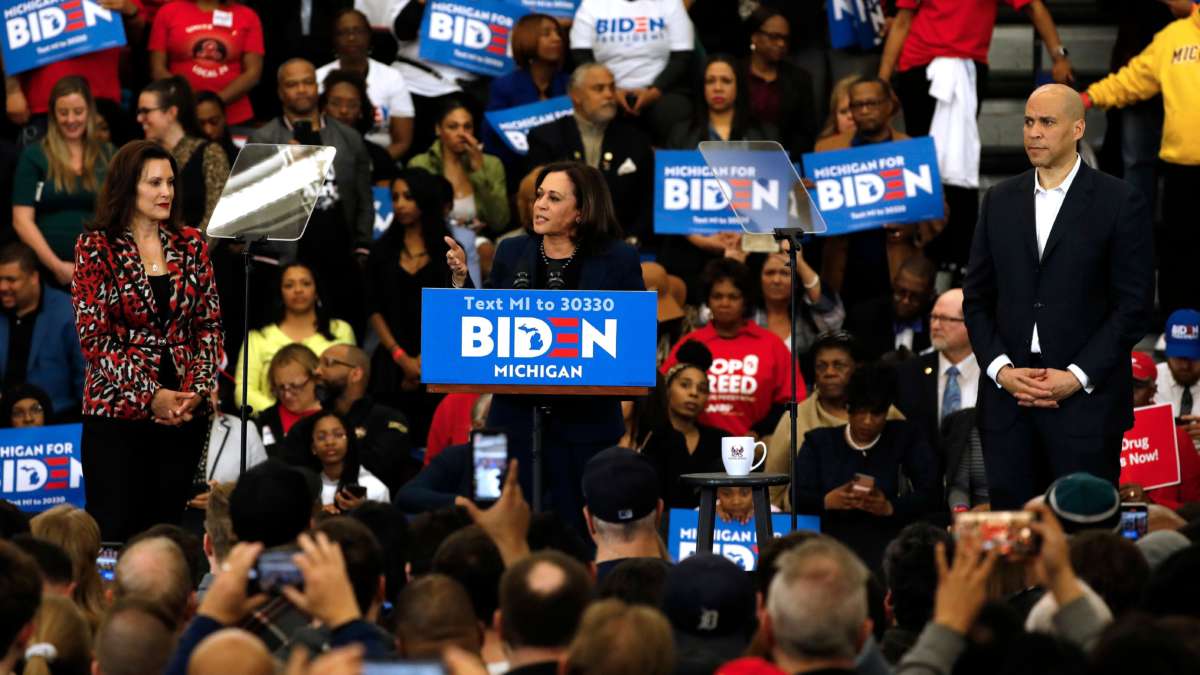 It’s an historic pick. But there’s a lot more to it than that.

1. Biden picking Harris is a statement on what it means to be American.

Joe Biden picking Kamala Harris as his running mate is historic. No Black or South Asian woman has ever been on a major-party ticket in U.S. history. Black voters, especially Black women, are pillars of the Democratic Party and were key to Biden’s victory in the contest for the nomination.

Because of his choice, it’s possible Black voters will turn out at levels needed for Biden to win in key states like Wisconsin, Michigan, Pennsylvania, North Carolina and elsewhere. But beyond his calculus of how his choice will affect the African American vote, Biden is trying to show his vision for the future of the country, one that respects diversity in a diversifying country.

Make no mistake: putting a qualified person of color like Harris — whose parents are Jamaican and Indian immigrants — on the ticket is a statement against President Trump. Remember, Biden said he was spurred to run for president because of Trump’s response to the racist violence in Charlottesville, Va., and lots of Americans are upset with Trump for stoking racial division.

2. His choice shows Biden is willing to listen to those who disagree or have attacked him.

Picking a running mate shows something about the decision-making of a potential president. Trump said he was surprised Biden picked Harris, in part, because she was “disrespectful” toward him during the primary.

That’s perhaps not surprising to hear from Trump because the president values fealty. But with this pick, Biden showed that people around him shouldn’t be afraid to speak out, that it won’t get someone thrown under the bus or “canceled.”

That grace is almost a bookend to Obama picking Biden as his VP. Many were surprised Obama selected Biden after he had referred to Obama as “clean” and “articulate,” which were widely seen as racist remarks. But Obama and Biden not only got over it, they became close confidantes.

Biden has said he wants his VP to serve in a similar way to how he served with Obama – being someone he can rely on for unvarnished advice whom he can trust and be the last person he talks to before making big decisions.

3. Trump is struggling to find an effective attack on Harris.

President Trump went after Harris on Tuesday as “mean,” “nasty” and “disrespectful.”

“I thought she was the meanest, the most horrible, disrespectful of anyone in the U.S. Senate,” Trump said from the White House Tuesday, adding, “I would have thought Biden would have tried to stay away from that a little bit.”

Trump also went after Harris for her questioning of now-Justice Brett Kavanaugh. But calling her names may only serve to fire up women and the Democratic base. And Democrats see her questioning of Kavanaugh during his confirmation hearings as a strength, not a weakness.

Trump also hit Harris with a laundry list of policy attacks, from health care and military funding to accusing her of wanting to raise taxes and being against fracking. But that’s all pretty generic stuff against a Democrat.

A video put out by the Trump campaign labels her “phony.” But the epithet was pretty cookie-cutter, and didn’t really lay out a case for questioning Harris’ authenticity. For example, she faced criticism during the Democratic primary for changing positions. She also lacked a clear campaign message, but that won’t matter much now — Biden’s message will be her message and she can deliver an argument.

Progressives were also vexed by Harris’ record as a prosecutor in California, but Trump didn’t seem prepared to drive that wedge, either. And it’ll be tough to do so, as the historic nature of a Harris pick will likely overshadow qualms progressives have with her on policy.

4. Harris will likely hold up well in a debate with Pence.

The first rule of being a vice-presidential pick is, “Do no harm.” And the most high-profile thing the running mates do during an election is the VP debate.

The person at the top of the ticket can’t afford their running mate to mess it up.

“I think it’s a very important factor,” Biden told MSNBC back in March.

Harris showed herself to be an able debater in the primary, and Democrats will likely rest easy about — and maybe even look forward to — the Oct. 7 debate in Utah with Vice President Mike Pence.

Pence apparently is also looking forward to it.

“As you all know, Joe Biden and the Democratic Party have been overtaken by the radical left,” Pence said at an event in Arizona Tuesday. “So given their promises of higher taxes, open borders, socialized medicine and abortion on demand, it’s no surprise that he chose Sen. Harris. … So my message to the Democratic nominee for vice president: congratulations. I’ll see you in Salt Lake City!”

5. The process for picking Harris was another sign of a (surprisingly) well-run campaign so far.

That the VP pick did not leak is a feat unto itself for a presidential campaign. Nearly every vice-presidential pick in past years has leaked.

In fact, it’s become something of a journalistic competition and sought-after notch on a belt to see who can break the story. And no one did.

What makes it surprising in some respects is that Biden’s campaign struggled with organization and fundraising during the primary, but since the race transitioned to the general election Biden’s team has been in control and on par with the Trump fundraising juggernaut.