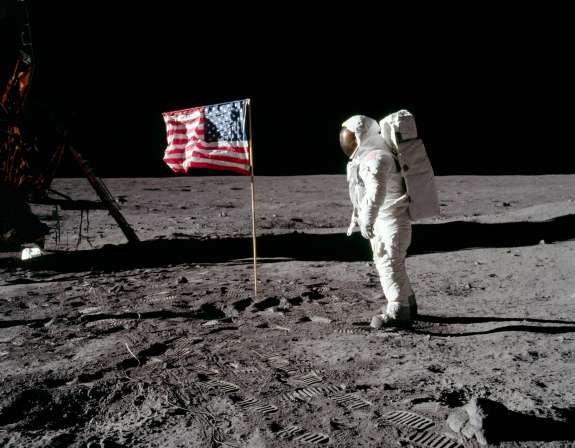 Monday marks the 46th Anniversary of Astronauts Neil Armstrong and Buzz Aldrin landing on the moon.

On July 20, 1969, the Lunar Module Eagle landed at Tranquility Base. Armstrong and Aldrin became the first humans to step foot on the surface of the moon.

The event ended the space race and meet President Kennedy’s deadline of landing a man on the moon by the end of the decade.

The three made it back safely four days later.

NASA’s Apollo program would send a total of twelve men to the moon.