43 Florida Hospitals Have Zero ICU Capacity, Per State Metrics, But Hospitals Say They Have Capacity 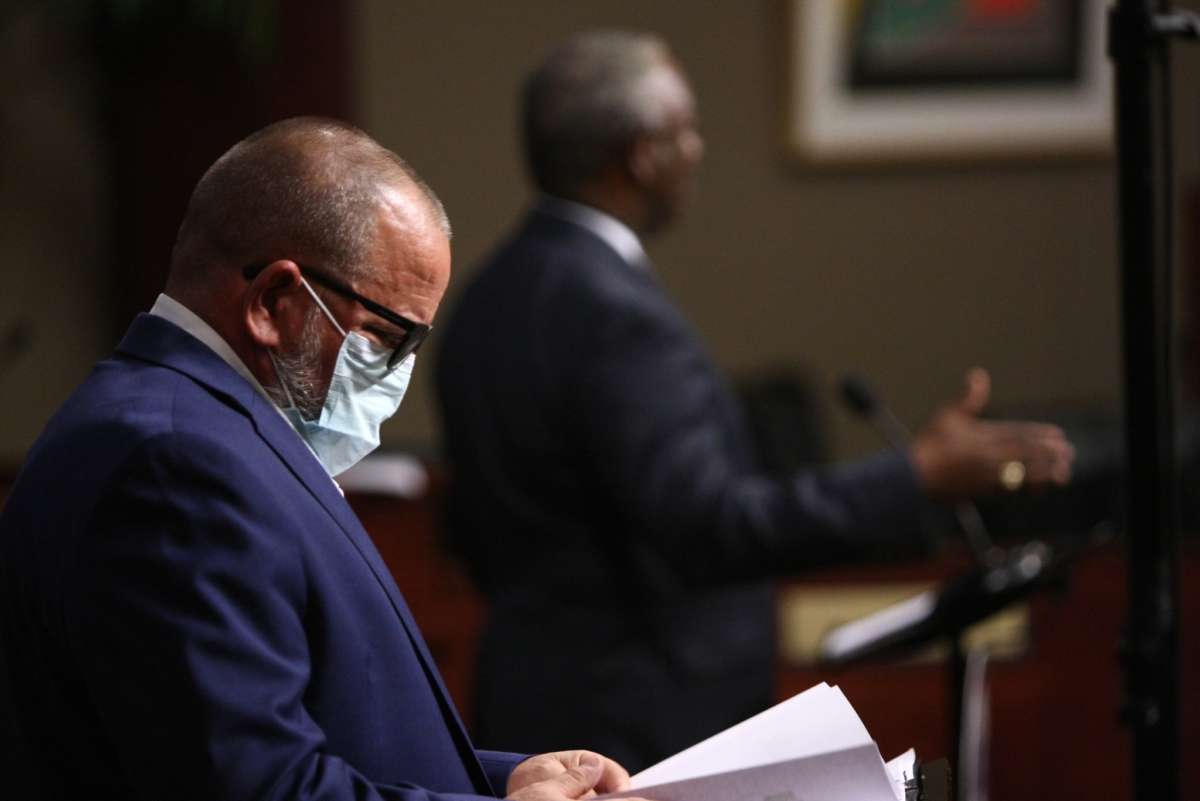 Currently, 43 hospitals in Florida have zero beds available in the intensive care unit, including five hospitals in Orange and Osceola counties.

Florida added 7,361  confirmed COVID-19 cases on Monday alone. But that’s just a snapshot in time. Statewide, hospitalizations for COVID-19 are also increasing and intensive care beds are filling up.

ABORAYA: It’s not good news. Florida added 60,562 cases in the last week. Another way to look at it – 51 percent of all of Florida’s positive cases have been confirmed in the last two weeks alone, or 109,333 total cases in two weeks.

Florida’s been averaging 8,587 cases per day for the last two weeks – the worst average in the country. Per capita, we’re seeing 40 new cases for every 100,000, the second worst rate in the country, behind only Arizona.

By the metrics of the Harvard Global Health Institute, more than half of all Florida counties have virus levels at a point meaning “uncontrolled spread.” That institute advises policy makers that at this level, stay-at-home orders or advisories will be needed to get things under control

CRESTON: Wow, that is stunning. What do we know about the people who are getting COVID-19? On the bright side, the virus seems to be spreading in a younger age group, right?

ABORAYA: Yes. Right now, at least in Orange and Seminole counties, much of the spread has been traced back to bars reopening – so it is naturally running in a lower age-range. But it is expected to trend upward, especially with the level of asymptomatic and pre-symptomatic spread. The median age in Florida has been inching up and is now 40 years old, up from 33 two weeks ago. And while it is true that 85 percent of deaths are in people over the age of 65, that does not mean there are zero deaths in the younger age ranges.

Just look at the age bracket we’re seeing with the most cases right now, 35 to 44. There have been about 34,076 cases in this group, and about 1 in 10 of those need to be hospitalized. Out of the 1,518 hospitalized, about 5 percent of them have died. Sure, the raw number is 70 deaths, which is low, but for that age bracket, that percent of the people hospitalized who are dying is a scary number for people working in health care.

CRESTON: OK, let’s stay with the hospital topic for a moment. Are we coming to a point where hospitals could be overwhelmed?

ABORAYA: That is absolutely the key area to watch. Right now in Florida, 43 hospitals have zero beds available in the intensive care unit. That includes five hospitals in Orange and Osceola counties.

The hospital with the most ICU patients and zero capacity in Central Florida is Orlando Regional Medical Center in downtown Orlando. According to figures reported to the Agency for Health Care Administration, ORMC has 65 patients in the ICU – and no beds available.

“We are carefully monitoring the increases in patient volumes,” Orlando Health officials wrote in a statement. “If the need for additional beds grows, Orlando Health will re-open units and make other necessary adjustments in order to meet the needs of the community.”

In a press conference this week, Dr. Raul Pino said the total number of people hospitalized in Orange County has more than doubled in the last two weeks, from 164 patients two weeks ago to 356 now. The number of ICU patients has also nearly doubled, with 74 ICU patients now.

“I know we always have a concern about beds and what is available in the county for residents,” Pino said. “Although we have seen an increase in the number of hospitalizations, the systems are reporting that they are not concerned about the need for a surge yet as a system. It could be that a hospital has more cases than another and things have to be reshuffled, readjust.”

Now, to be clear, Orange County and others say we have not gotten to a point where patients are being diverted from any of the hospital systems.

CRESTON: So looking forward – what can we expect?

The chart below is a static chart from data updated early in the morning July 7th, and will not update in real time. For the most recent information, visit the Agency for Health Care Administration’s site.