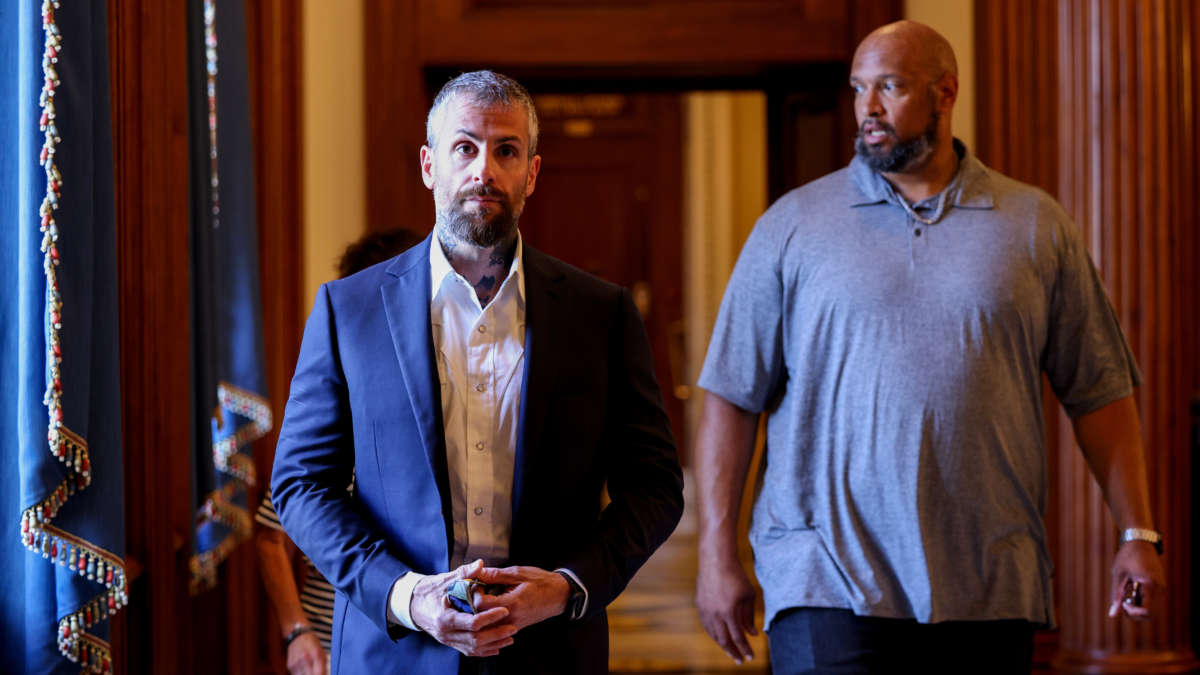 Four law enforcement officers who responded to the deadly Jan. 6 insurrection at the U.S. Capitol will deliver testimony Tuesday to the House select committee investigating the melee.

Their remarks will be the first heard in front of the new, Democratic-led panel.

The four officers are:

Dunn, who is Black and describes himself on his Twitter profile as an “insurrection stopper,” has spoken openly about his experience in trying to suppress the violent, and at times racist, mob.

“Tomorrow I’ll be testifying before congress, and while I don’t think I’m nervous, I am definitely anxious,” Dunn wrote in a Monday tweet, requesting that his supporters watch the broadcast and send him “good vibes” ahead of his testimony.

Also scheduled to testify is Sgt. Gonell, who was one of dozens of officers physically injured during the pro-Trump riot. (One officer died of natural causes after the attack, and two others have died by suicide.)

According to the Washington Post, the 42-year-old has lingering physical difficulties caused by the attack, as well as emotional traumas associated with that day.

“I can be fine now and see or hear something and next thing I get tears and get emotional,” Gonell told the newspaper.

The committee was established late last month, largely along party lines, after Republicans blocked an effort to create an independent bipartisan commission along the lines of the 9/11 commission.

Democratic Rep. Bennie Thompson will chair the House select panel, alongside six additional Democrats and two Republicans. The selection process for the committee has been steeped in political spats, culminating in House Speaker Nancy Pelosi taking the drastic step of blocking two Republican nominees from serving on the panel.

During Tuesday’s hearing, lawmakers will also hear from Fanone of the Metropolitan Police Department.

“I remember guys chanting, ‘Kill him with his own gun,’ ” Fanone, a 19-year veteran of his department, told NPR affiliate WAMU earlier this year.

Hodges, also a member of the metropolitan police, faced similar threats of violence. Viral footage from the riot showed Hodges being crushed against a door by a frenzied group of rioters. Hodges could be heard screaming as blood dripped from his mouth.

The crowd, much of whom donned pro-Trump apparel and American flags, seemed to revel in the display of violence.

“When we were marching up through the crowd, they were all shouting at us, calling us traitors, telling us to remember our oath, stuff like that,” Hodges told WAMU in January. “They attacked us. Fists, trying to steal our equipment, pushing, hitting, kicking, that kind of thing.”