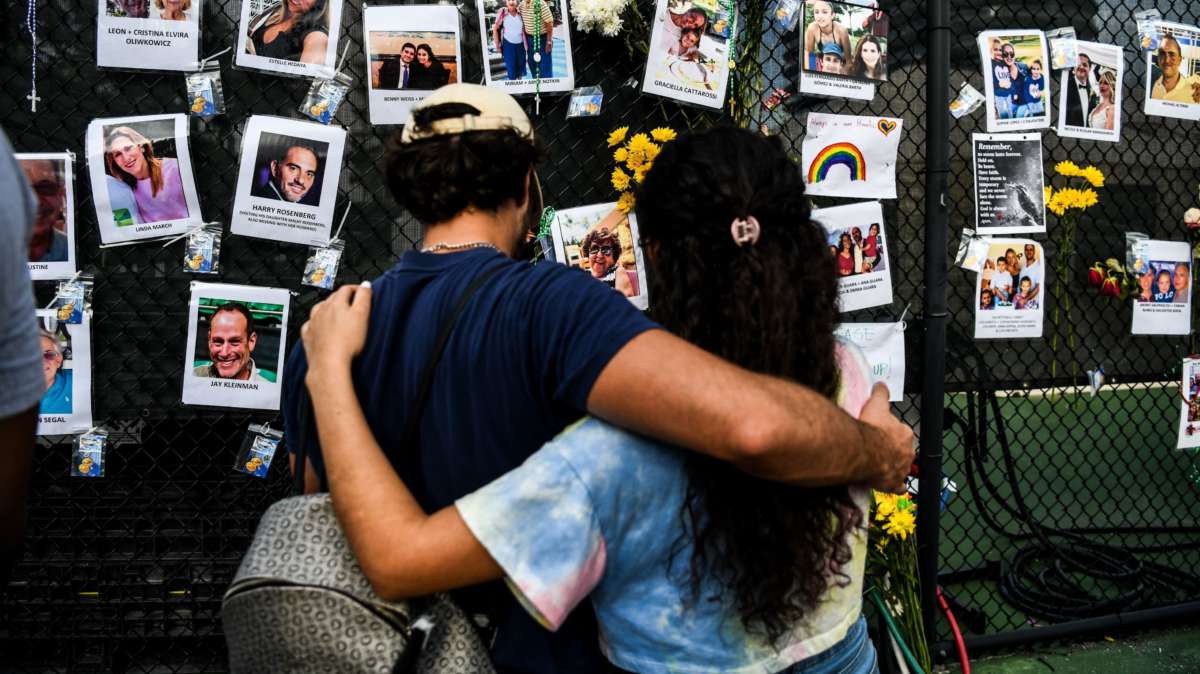 People visit a makeshift memorial for the victims of the building collapse, near the site of the accident in Surfside, Fla., on Sunday.
Image credit: Chandan Khanna

As rescuers continue to comb through the wreckage in Surfside, Fla., Miami-Dade County Mayor Daniella Levine Cava said Sunday evening that rescuers had identified another four victims in the partial collapse of the Chaplain Towers South building.

So far, authorities have publicly identified eight of the nine victims, ranging in age from 26 to 83, including the four victims previously named.

The official death toll is unchanged from earlier on Sunday, at nine. The number of people unaccounted for is 152, with 134 now accounted for.

Mayor Levine Cava said families of victims had the opportunity to privately visit the site on Sunday.

But she said there are families of missing people that detectives haven’t been able to contact. She urged family members who have not filed a missing persons report to talk to a detective and have their DNA swabbed so that it can be matched with any remains found. “This will be critically important for our identification,” she said.

During the same press conference, Surfside Mayor Charles Burkett was asked questions relating to minutes of a November 2018 meeting first reported by NPR, in which a Surfside town inspector met with residents of the building, and assured them the building was “in very good shape.”

This was a month after a consulting group had found serious problems, warning in a October 2018 report that the building had “major structural damage.”

“I wasn’t there for that,” Burkett said, noting that he was not mayor at the time. He said he asked Surfside officials to find “every piece of correspondence related to that building and put it on our website.”

Mayor Burkett also said the owner of the Champlain Towers North, which is largely identical to the building that collapsed and was built by the same developer at the same time, is bringing in an engineering firm on Tuesday to do a “top to bottom” study, using X-rays and ground-penetrating radar. An earlier “cursory review” did not find anything immediately wrong, he said earlier.

Some residents have voluntarily evacuated that building, but there is no mandatory evacuation in place.