4 Big Stories To Watch This Week, From Taxes To The Russia Investigations To Niger 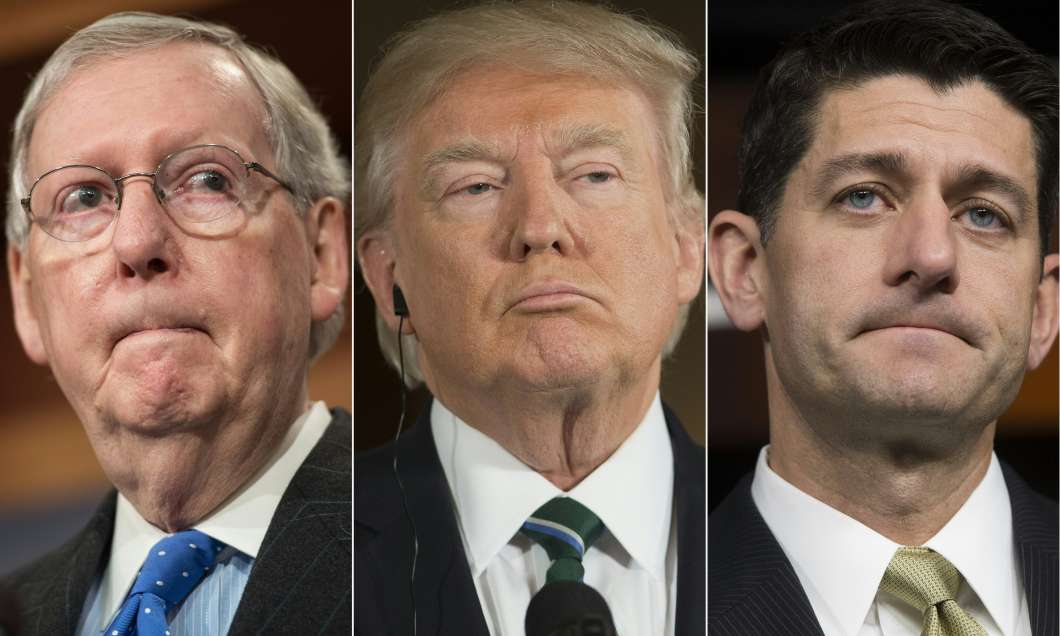 There is lots to watch this week, from a potentially make-or-break stretch on the tax overhaul President Trump so badly wants to social media network officials testifying about what they knew and when they knew it about Russian-linked ads that may have helped influence the 2016 presidential election.

There might also be more that’s learned about the Niger ambush — the substance of which has been overshadowed by President Trump’s feud with a Gold Star widow, whose husband, Sgt. La David Johnson, was one of four soldiers who died in that ambush earlier this month.

Defense Secretary James Mattis and Secretary of State Rex Tillerson testify before a Senate committee Monday and are expected to be asked about what happened, why American troops are there and the extent of the operations. Some powerful and important members of Congress have accused the administration of not being very forthcoming about it all.

And worth watching: we could get a preview of the next judges Trump might hope to nominate to the Supreme Court.

Here’s what to watch for in these four storylines:

1. Big week for the tax overhaul

This week will be one of the most consequential moments to date for President Trump and congressional Republicans, who are set to unveil the most sweeping tax overhaul since the Reagan era.

The goal is to cut taxes for individuals and U.S. businesses, while simultaneously overhauling the complicated American system of tax breaks and deductions, and to do it without adding more than $1.5 trillion to the deficit over the next 10 years.

Republicans maintain that ballooning the deficit in the short-term with revenue cuts will be mitigated by faster economic growth delivered by those same cuts — but many economists (and Democrats) dispute that theory.

The broad outlines of the plan have been circulated for months. On the business front, Republicans want to cut the corporate tax rate from 35 to 20 percent, with a 25-percent rate for smaller businesses in which owners pay taxes through the individual tax return system.

It will also include a repeal of the estate tax, which only affects a small number of the wealthiest Americans. On the individual side, Republicans want to collapse the seven tax brackets down to three or four, lower rates and double the standard deduction.

Those are the popular selling points, but what Republicans have kept closely guarded is which tax breaks they’re willing to sacrifice — and which Americans and corporations might have to pay more. Republicans have not ruled out keeping tax rates at the same or slightly higher levels on the wealthiest of Americans.

On the corporate side, K Street is girding for a fight between multi-national companies, who shelter money overseas to avoid paying taxes, and domestic companies, who can’t enjoy those same tax shelters.

Politically, this could be more consequential than health care, especially following the high-profile repeal-and-replace failures over the last several efforts. Most Republicans see tax legislation as their redemption for those failed efforts.

Imagine if, after pushing health care and a tax overhaul, that Republicans can’t get something through — even needing just a majority of votes. (For both, Senate Republicans are operating under special budget rules that allow them to bypass the traditional 60 votes needed to end a filibuster and advance legislation.)

Tax cuts are also a bedrock issue for Republicans and failing on this bill could threaten not just their congressional majorities next year, but any semblance of a working relationship between President Trump and congressional Republicans led by Senate Majority Leader Mitch McConnell, R-Ky., and House Speaker Paul Ryan, R-Wis.

2. The social networks come to Washington — and hope to go quietly

There are now a total of three hearings scheduled for this week on the role that social media and Big Tech played in the Russian attack on the 2016 presidential election.

The Senate Judiciary Committee’s panel on Crime and Terrorism has confirmed that it plans to convene a hearing at 2:30 p.m. Tuesday with Google, Facebook and Twitter officials as witnesses, ahead of two more sessions that were already scheduled the following day.

As we wrote over the weekend, previewing the hearings:

“Don’t expect the hearings to match the spectacle offered in June by former FBI Director James Comey. Instead, the representatives of Google, Facebook and Twitter — men whose faces you don’t recognize, with names you don’t know — are expected to try as hard as they can to be boring.

“They don’t want histrionics. They don’t want to be ensnared into soundbites. They want to comply with their invitations to appear, restate their earnest commitment to playing ball and then get safely back over the battlements into Silicon Valley.”

“Each company has acknowledged selling ads to Russian-linked buyers or, in the case of Facebook and Twitter, the presence of fake or automated accounts that wrought all kinds of interference within the U.S. What is in dispute is what action to take now.

The Senate Foreign Relations Committee originally scheduled a hearing on Monday to discuss a topic that nobody in Congress wants to talk about: passing a new bill that authorizes use of military force overseas.

But the conflicting stories and unanswered questions about the deadly ambush in Niger that killed four American troops has suddenly turned the hearing into a hot ticket.

Defense Secretary James Mattis and Secretary of State Rex Tillerson can look forward to tough questions about exactly what American troops were doing there, whether they were set up and why deployments in remote Africa are worth the danger to American lives.

Also: The committee’s chairman, Tennessee’s Bob Corker, is one of a number of old-line Republicans who have broken hard with Trump in recent weeks.

Although Corker’s gavel won’t fall until 5 p.m., there could nonetheless be quite a bit of attention focused on this hearing.

Not to be overlooked this week, while everyone’s focused on taxes, McConnell has filed cloture on four federal appeals court nominations. This will take up the entire week — on purpose. First, here are the judicial nominees:

Republicans are going to focus the week on these judicial nominations — and Democrats’ slow-walking of confirmations. Republicans say they will work through next weekend to confirm them if Democrats don’t yield time.

They’re girding for a fight, but expect Democrats will probably yield time because, well, senators don’t do weekend work if they can avoid it.

On the nominees themselves, it’s an interesting crop that includes three prominent conservative women. That’s something Republicans are trying to tout loudly.

Two of the nominees — Larsen and Eid — were also on Trump’s Supreme Court nominee list during the campaign. Eid is filling Neil Gorsuch’s vacancy on the 10th Circuit. Gorsuch was elevated to the Supreme Court earlier this year.

Barrett was the subject of a controversial hearing that got a fair amount of attention last month in which her Catholic faith became an issue. Sen. Dianne Feinstein, D-Calif., accused her of adhering too strongly to “dogma” when it comes to abortion rather than precedent and law. That raised the ire of Notre Dame’s and Princeton’s presidents, who saw bias in Feinstein’s pointed questioning.

Expect a religious liberty press event timed to these nominations.

Any of these four could one day well be Supreme Court nominees, making them notable to watch this week.

All of it has the makings of a red-meat-kind-of-base-victory week in the Senate for the GOP.