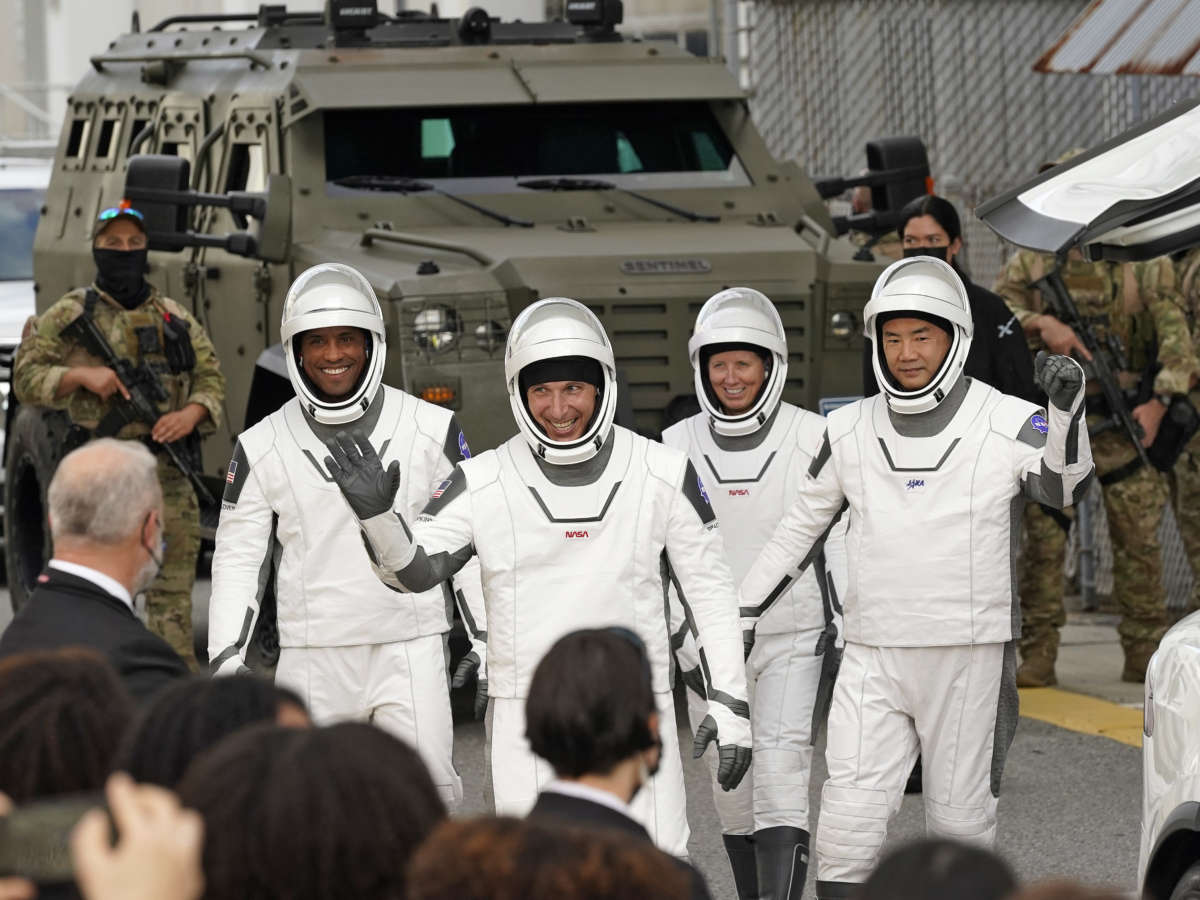 Four astronauts aboard their SpaceX Dragon capsule “Resilience” have arrived at the International Space Station, circling 262 miles above the Earth, where they will stay until spring.

The capsule lifted off from the Kennedy Space Center Sunday evening atop a SpaceX Falcon 9 rocket, chasing the ISS for 27 hours before matching its altitude and speed for an orbital dock. The flight marks only the second crewed flight for Crew Dragon, which became the first commercial vehicle to put humans in orbit when astronauts Doug Hurley and Bob Behnken launched in May.

“SpaceX, this is Resilience. Excellent job, right down the center,” commander Hopkins radioed to mission control after the docking. “SpaceX and NASA, congratulations.”

The flight marks another milestone for SpaceX flying its first fully operational mission. After the May launch, designated “Demo-2” with Hurley and Behnken, NASA certified the capsule for operational use in its Commercial Crew program.

The Resilience crew includes three NASA astronauts and one from the Japan Aerospace Exploration Agency who were mostly passengers during the flight of Crew Dragon, which generally flies without human input and docks to the ISS autonomously.

The Dragon crew is expected to spend six months in orbit, joining three others who arrived aboard the ISS earlier on a Russian Soyuz rocket launched last month from Kazakhstan.

“The last 27 hours have gone really smooth actually,” Hopkins said after boarding the space station. “We are looking forward to the next six months, and can’t wait to get started.”

It is the first time there have been seven long-duration crew members aboard — a situation that has caused a scramble for beds. At least temporarily, Resilience commander Hopkins will sleep aboard the capsule, while his crewmates sack out on the ISS.

Although there have been more astronauts aboard the station for a few days at a stretch, NASA says this is a permanent increase of the long-duration crew size.

Hopkins and crewmates Victor Glover, Shannon Walker and Japan’s Soichi Noguchi — join two Russians and one American who flew to the space station last month. Glover, a space rookie, is the first African American to move into the station as part of a long haul mission.

On their way to the station, the astronauts broadcast a tour showing off the high-tech Resilience, including a plush Baby Yoda bouncing around the capsule as a zero-gravity indicator.

During the tour, Walker said with four crew members, the maximum the Crew Dragon is designed to carry, there was a bit less elbow room than for the first flight.

“We sort of dance around each other to stay out of each other’s way,” she said.

SpaceX founder and CEO Elon Musk did not attend Sunday’s launch after announcing last week that he had received contradictory results on four separate coronavirus tests. In the past, Musk has been dismissive of COVID-19, in March calling the pandemic panic “dumb,” and occasionally tweeting misinformation about disease.