31 Killed In Deadliest Week For Wildfires In California’s History 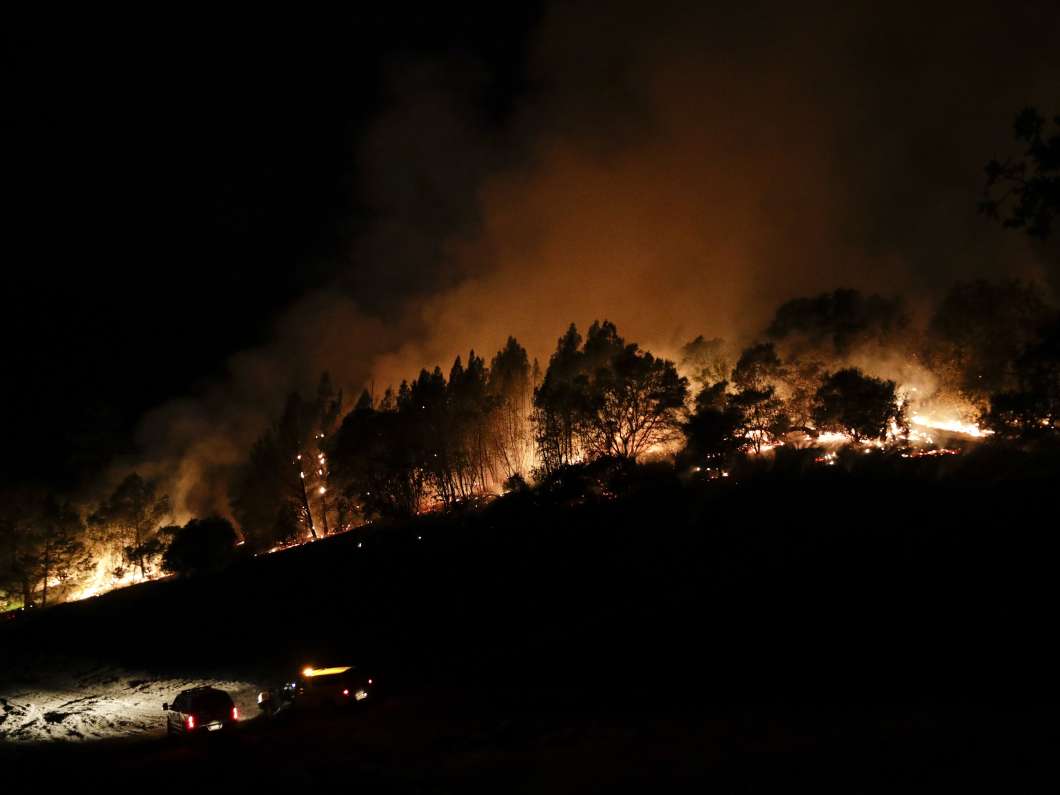 The death toll from a series of blazes in Northern California has reached at least 31 people — making it the deadliest week for wildfires in the state’s history. Officials are warning that more deaths are likely.

“We’re moving into a recovery phase,” Sonoma County Sheriff Rob Giordano said. “That is the reality part of it.”

Speaking late Thursday, Giordano said that two more bodies had been recovered as search teams moved into areas where people had been reported missing in the wake of the fires.

Among the dead was 75-year-old Carmen Berriz, who died Monday in the Tubbs Fire as she and her husband, Armando, tried to shelter in a swimming pool.

“They held on through the long hours of the night, until the flames that had destroyed the house on the forested cul-de-sac finally began to recede, until the heat was no longer unbearable. And just before daybreak, just as the worst of the inferno had passed, Carmen Berriz stopped breathing. She died in the arms of her husband of 55 years. … Her husband, 76, suffered serious burns but survived.”

The fires erupted on Sunday and were swept unpredictably by strong winds, destroying 3,500 homes and other structures in places familiar to most Americans only from the labels on bottles of wine: Sonoma and Napa counties have been hard hit, as have Mendocino, Yuba, Nevada, Butte and Orange counties. Twenty-one fires spanned 300 square miles. Most were less than 10 percent contained as of late Thursday.

“We are not even close to being out of this emergency,” said Mark Ghilarducci, director of the state’s Office of Emergency Services.

Firefighting crews — more than 8,000 strong — have been working for days with little rest on tough terrain with no real idea when it will end, NPR’s Eric Westervelt reports on Morning Edition.

“The winds aren’t helping,” Moore says. “All we can do is get to the structures as fast as we possibly can and save what we can.”

Shirlee Zane, one of the district supervisors for Sonoma County, says she flew over communities that “looked like war zones. They looked like somebody had bombed them.”

“The air quality is very dangerous right now,” she tells NPR. “It’s thick, with brown smoke. People cannot really go outside. It’s really not safe. You see a lot of people going around with face masks.”

Wayne Peterson of Sonoma described the air as “acrid.”

“I’m wearing the mask because I’ve been here two or three days now, I live here,” Petersen was quoted by The Associated Press as saying. “It’s starting to really affect my breathing and lungs so I’m wearing the mask. It’s helping.”

“Ten bodies recovered in the wreckage have been identified. The youngest of those victims was 57. Most of the others were in their 70s and 80s, Giordano said.

“The advanced ages of many of the deceased corroborated the suspicions of several survivors who described harrowing escapes without prior warnings and were skeptical that their elderly neighbors could have made it out.

“Giordano said it would be unrealistic to think there wouldn’t be more victims. Of the 1,100 people reported missing in Sonoma County since Monday, nearly 400 are still unaccounted for, he said.”