A documentary on the University of South Florida's investigation of the former Dozier School for Boys will debut Friday night on national television.

"Deadly Secrets: The Lost Children of Dozier" looks at the more than 100-year history of the Marianna reform school, and the decades of allegations of abuse and mysterious deaths of students.

A team led by USF forensic anthropologist Erin Kimmerle has tried to identify 51 sets of remains exhumed from unmarked graves on Dozier property.

While team members have positively identified seven sets of remains and tentatively identified 14 more, Kimmerle recently told WUSF-TV that a lack of direct descendants is making naming the rest difficult.

"We're talking about a couple of generations ago," said Kimmerle. "Because these were children, they didn't have offspring, and so we're having to go back and find parents, aunts and uncles, cousins, siblings, and follow through maybe two or three generations where they are now." 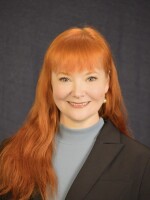 Nicole Darden Creston
Nicole came to Central Florida to attend Rollins College and started working for Orlando’s ABC News Radio affiliate shortly after graduation. She joined WMFE in 2010. As a field reporter, news anchor and radio show host in the City Beautiful, she has covered everything from local arts to national elections, from extraordinary hurricanes to historic space flights, from the people and procedures of Florida’s justice system to the changing face of the state’s economy. When local issues have received international attention, Nicole has reported worldwide for TV news outlets such as CNN, HLN, ABC, Fox News Channel, and BBC News 24.