A gunman killed 14 children and a teacher at a Texas elementary school, governor says 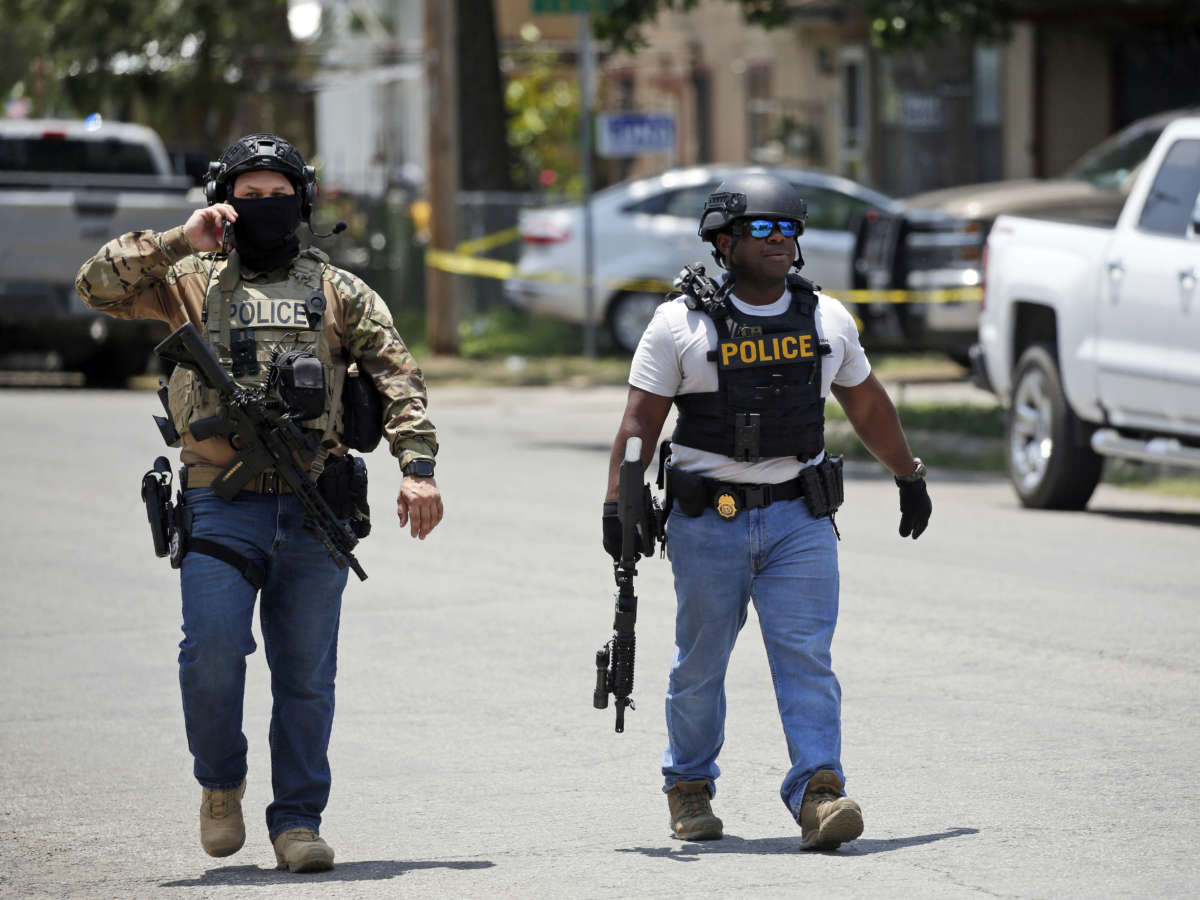 Gov. Greg Abbott told reporters that 15 people, including 14 children and one teacher, were killed in a school shooting at an elementary school in Uvalde, Texas, on Tuesday afternoon.

Speaking at a press conference in Abilene, Abbott said the suspected shooter is dead and identified him as an 18-year-old male who he said was reported to be a attending Uvalde High School.

The governor said it’s believed that he abandoned his vehicle and entered into the Robb Elementary school with a handgun and, maybe a rifle, but said this has not been confirmed.

The suspect allegedly shot his grandmother before he entered the school, where 600 students are enrolled.

Officials at University Memorial Hospital in Uvalde confirmed two individuals were dead on arrival. They offered no additional details about the deceased.

Thirteen children were transported to the hospital, two of whom have been transferred to facilities in San Antonio, more than 80 miles away. One child is pending transfer.

A 66-year-old woman and a 10-year-old girl were also taken to University Hospital in San Antonio, according to local news stations. The hospital confirmed that the 66-year-old is in critical condition.

The shooting at the school where 600 students are enrolled began at about 11:45 a.m. Uvalde Consolidated Independent School District officials said all local schools went into lockdown as news of the active shooter spread.

Despite a swift response from local law enforcement, it took about an hour and a half for police to take the suspected shooter into custody.

Multiple law enforcement agencies, including border patrol and officers from neighboring cities have responded to the scene.

Student and teachers were evacuated to the city’s civic center where parents are being told they can now pick up their children.