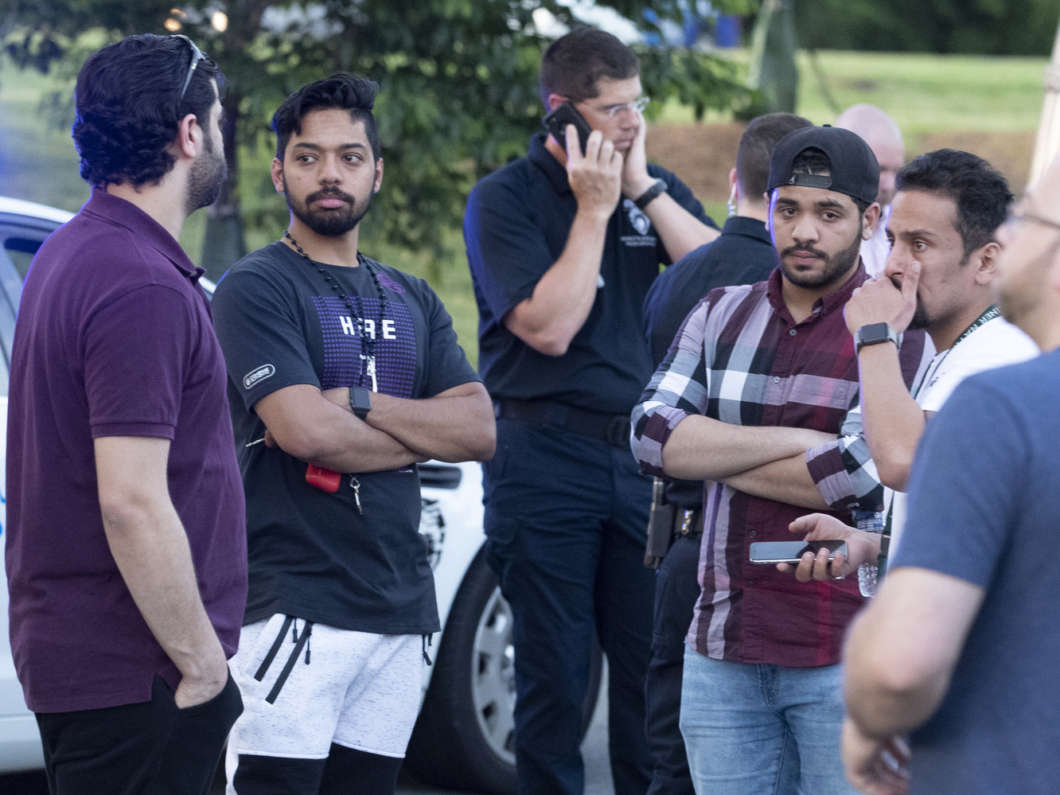 People gather across from the campus of the University of North Carolina at Charlotte after a shooting at the school on Tuesday.
Image credit: Jason E. Miczek

Two people are reported dead and another four are injured, three critically, after a shooting at the University of North Carolina’s Charlotte campus on Tuesday.

The Charlotte-Mecklenburg Police Department announced in a tweet that authorities have one suspect in custody.

“Scene secure. One in custody. No reason to believe anyone else involved. CMPD and UNCC going room by room on campus to identify any students, faculty or others who may be sheltering in place,” the police said.

Campus Police Chief Jeff Baker said police were on the scene quickly enough to find and disarm the suspect in the same room where the shootings happened.

He said two people were found dead at the scene, and three other were hospitalized in critical condition, while the fourth person suffered less serious injuries.

It was not immediately known whether the victims are students, educators or staff.

The campus remained on lockdown for much of Tuesday afternoon and into the evening.

The shots were fired near the school’s Kennedy building.

Student Laura Olmos told member station WFAE, “I got a call saying don’t come back to campus because I was going to comeback to have dinner with my friends. I just went to the Target parking lot and started crying. … Now we are one of those schools. It’s so crazy.”

Graduate student Ari Seal said he was in the gym when the alert came, and that lights were shut off, and students were told to huddle together in the center of the gym.