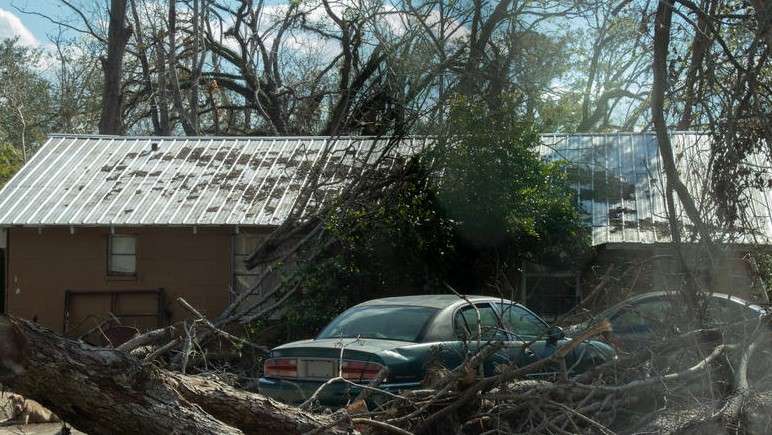 A fallen tree lies in front of a house in Marianna, FL.

On The Florida Roundup this week, we began with a look at the predicament of the state’s so-called “Forgotten Coast.”

Hurricane Michael brought 150 mile per hour winds and devastating storm surge to parts of the Panhandle almost four months ago. But money, help and donations have been very slow in coming. Emily Mahoney, reporter with the Tampa Bay Times and Miami Herald; and Jessica Foster, anchor and reporter with WJHG-News in Panama City, joined us to discuss the situation in more detail.

On Thursday, Governor Ron DeSantis announced that he wants to erase what’s left of Common Core from public schools. What does this mean for students, teachers and parents? Emily Mahoney and Jessica Bakeman, Education Reporter, WLRN Public Media in Miami, joined us with more.

We had also planned to discuss Gov. DeSantis’ executive order pledging to secure $2.5 billion for Florida’s environmental issues. Developing news forced us to pivet on that topic. However, here are background stories: