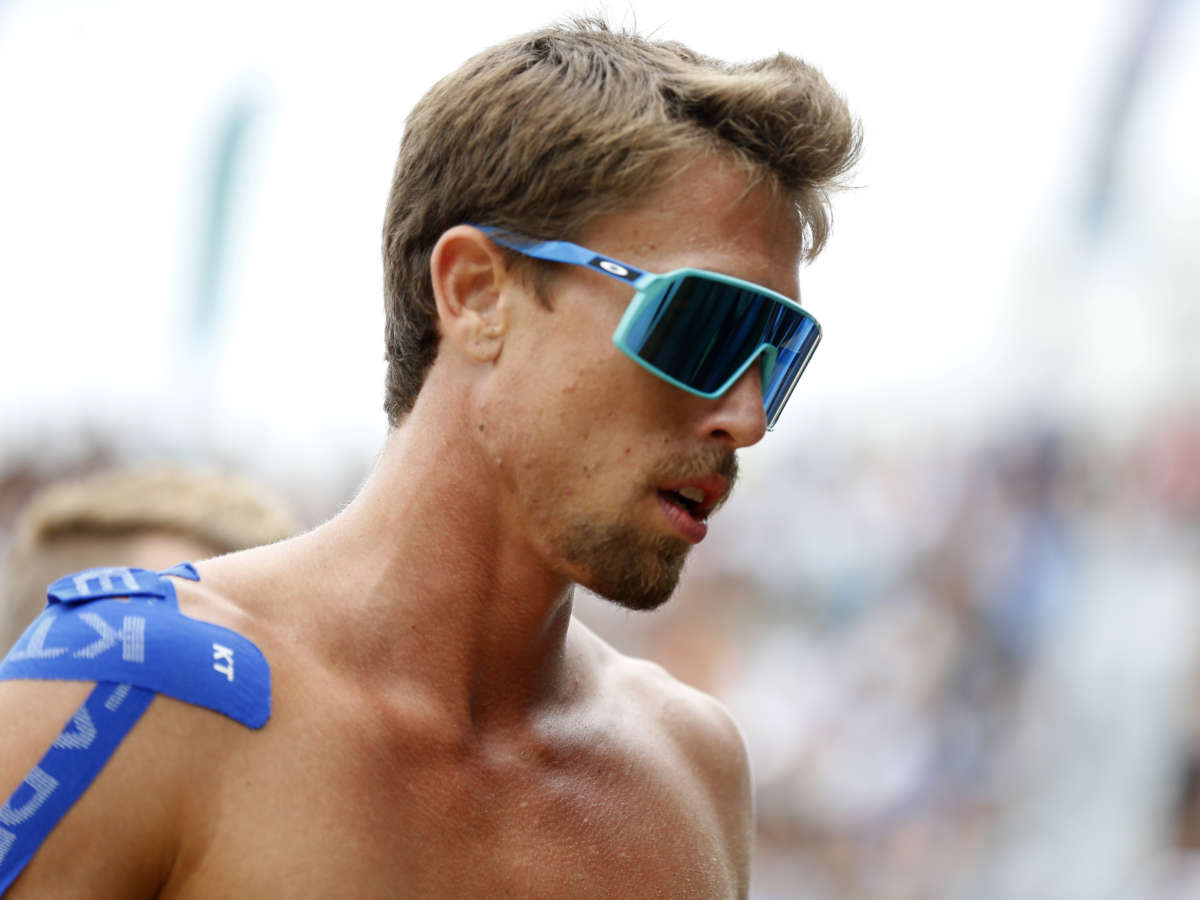 Taylor Crabb, shown here in a 2019 tournament, is widely reported to have tested positive for the coronavirus in Japan.
Image credit: Justin Casterline

The first U.S. athlete expected to compete in the Tokyo Summer Olympics has tested positive for the coronavirus while in Japan.

USA Volleyball confirmed to NPR that a member of the team received a positive test and has been transferred to a hotel.

The team is not confirming the identity of the athlete, though it has been widely reported in southern California local media to be men’s beach volleyball player Taylor Crabb.

Teams of two play beach volleyball at the Olympics. Crabb, 29, and his partner, Jake Gibb, have been scheduled for their first game early Sunday morning ET, against a pair from Italy.

The positive test makes it unlikely that Crabb will be able to play.

“As for a potential replacement, there is a protocol for an alternate athlete to join the team,” USA Volleyball said. “We are working through that process.”

Crabb was getting ready to make his Olympic debut. Gibb, 45, has competed in three other Games. Last month, the pair secured their spot to Tokyo.

Crabb’s brother Trevor, who is also a professional beach volleyball player, told a local NBC affiliate that he thought the situation was “terrible.” He said Crabb is “fine and healthy and should be allowed to play in my personal opinion.”

It’s not clear what the positive test means for Gibb. The COVID-19 protocols for the Games leave the door open for officials to determine on a case-by-case basis whether a close contact of a positive case can compete.

A U.S. gymnastics alternate, Kara Eaker, also tested positive in Japan, although she was not expected to compete at the Games. U.S. tennis star Coco Gauff received a positive test while she was still in the U.S.