Meet The New Host Of NPR’s 1A: Jenn White 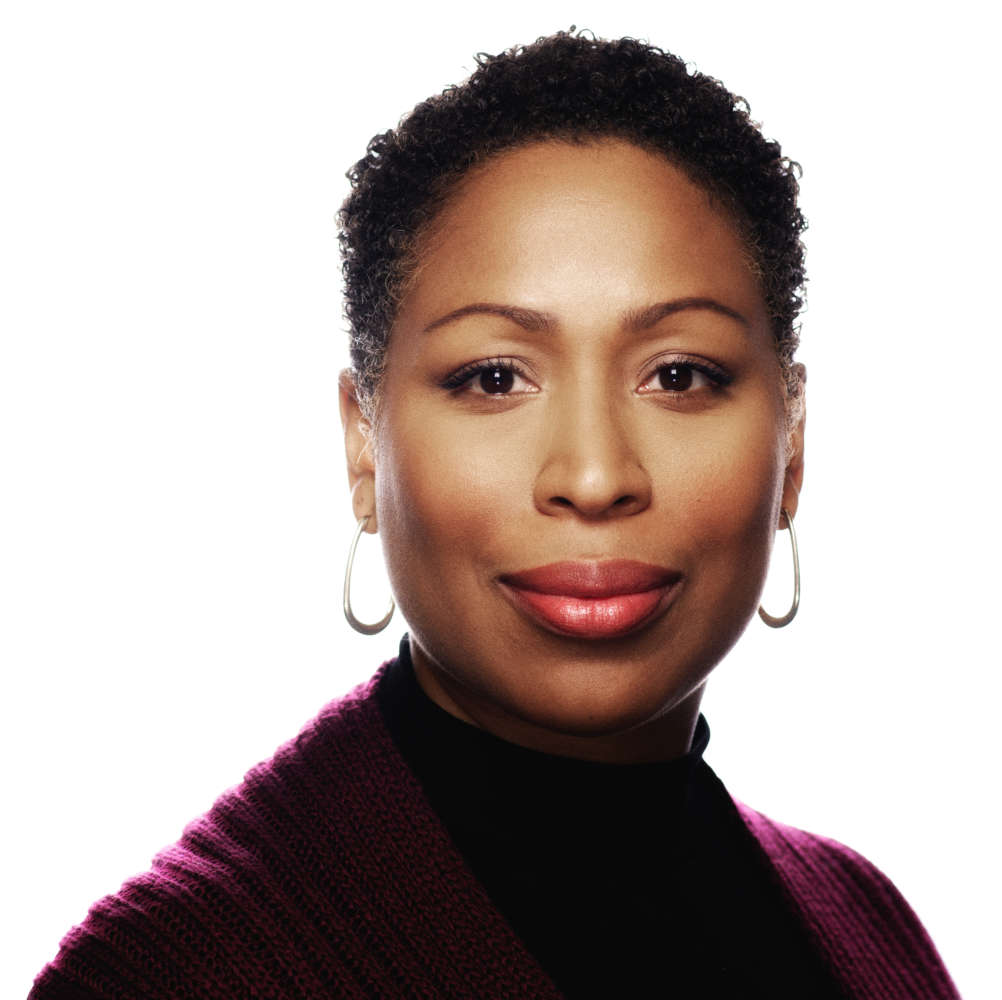 Jenn White is the new host of NPR’s 1A. White takes over from Joshua Johnson who made the jump from radio to TV at the end of last year. Since then the show’s been guest hosted by Todd Zwillich and 1A national reporter Sasha-Ann Simons. 90.7’s Talia Blake caught up with White ahead of her premiere as the new host this week to talk about the future of the show and her roots.

A full transcript of the conversation is below:

TALIA BLAKE: Jenn White, thank you so much for joining us. You’re no stranger to public radio. At WBEZ Chicago, you hosted the station’s midday talk program, “Reset with Jenn White”. Can you talk to me about your journey through journalism and public radio?

JENN WHITE: It’s been a long winding road. I’ve been in public broadcasting for about 20 years now. I spent the first part of my career working outside of the newsroom, working in fundraising and then managing a television station. It was during the time managing that PBS station that I really got to start doing the work I loved, which was hosting and interviewing people. There came a time when I was able to transition back into radio and when the door open for me to move permanently, into the roll as the All Things Considered anchor at Michigan radio, I took the leap.

BLAKE: Joshua Johnson really gave the show its identity. What do you want 1A to be?

WHITE: When I think about the conversations we have and the conversations we don’t have, because they’re uncomfortable, or because they’re difficult, and how we approach those conversations with empathy. That’s really what I want the show to lean into because I think that’s necessary in this moment. We’ll continue to have conversations about politics and policy, but I want to bring even more diverse voices to the table. I think the show has done a good job of that already, but even more of that. And figure out new ways to connect the concerns of someone in Florida, for instance, to the concerns of someone in Ohio.

BLAKE: Last month on the show 1A tackle the issue of journalistic objectivity. What’s your perspective on that and do you think news organizations need to take another look at that concept?

WHITE: We should be in the business of telling the truth as journalists. That’s what we should we should do. But, we also have to acknowledge the fact that people bring their lived experiences into the newsroom. I am a black woman when I’m in front of the microphone, and when I’m at home, and when I’m grocery shopping, and when I’m in the car with my husband. That identity is who I am. I think for a long time, journalists of color, LGBTQ journalists, we’ve been asked to leave that identity at the door. I don’t think newsrooms benefit from asking people to leave those lived experiences at the door. Those lived experiences are what can help us cover stories more effectively, can help us question our assumptions about certain communities, and it serves to help us be more critical in our work. I think it’s a conversations newsrooms need to have, and I’m glad to see it happening right now.

BLAKE: And, you know, as a journalist of color myself, right now is a very interesting and trying time. Through your experiences, how will leading this program at a moment like this, with so much, upheaval around questions of race and identity, history, and the pandemic., What do you think that will be like, and how do you plan to navigate through that?

WHITE: Well, I think we have to start at the beginning. What I mean by that is, we can’t look at this moment and ignore the fact that there’s history behind it. There’s a long history that has led to where we are right now. I think part of the conversation, I hope we can lead on 1A is a deeper understanding of how we got to this moment because so often, too often I think, we  try to move forward from where we are without actually understanding how we got here.

BLAKE: So I want to take a step back a little bit. You grew up in Detroit, Michigan, also known as Motor City and the birth town of Motown Records. How have your roots influenced you?

WHITE: Living in a city where the automotive industry provided access to wealth acquisition for black people, but also seeing what happened when that industry began to struggle. Being from a city that went through the largest municipal bankruptcy in American history and seeing what the city is looking like on the other side of it. Detroit in so many ways, tells the story of many cities in America. And that’s shaped a lot of how I think about policy, what it means for people, and how they how they live. But it’s also a place that has this deep, rich cultural history and musical history. I grew up with Motown and my parents are of an age where they were teenagers when Smokey Robinson and The Temptations, when they were all teenagers together. So there’s  this wonderful relationship to art and culture. That’s, that’s very personal. When I was growing up, we spent a lot of time in the Detroit Institute of Arts. My mom would take us there during the summers and we would play in the museum all day. We would just stay there all day and it was all happening in in the city, in Detroit. So, I learned what it meant, how important it was to have access to a vibrant library system, to have access to art and culture, to feel like I belonged there. All of that has shaped me and I think built in me this kind of relentless curiosity that  makes me want to ask questions and want to better understand people and how they live. In so many ways Detroit made me.

BLAKE: I’ve been speaking with the new host of NPR is 1A Jenn white. You can catch her every weekday morning starting at 10 on 1A here on WMFE and WMFV. Listen on your radio, on your computer, or by asking your smart speaker to play NPR. Thank you so much for joining us, Jenn.