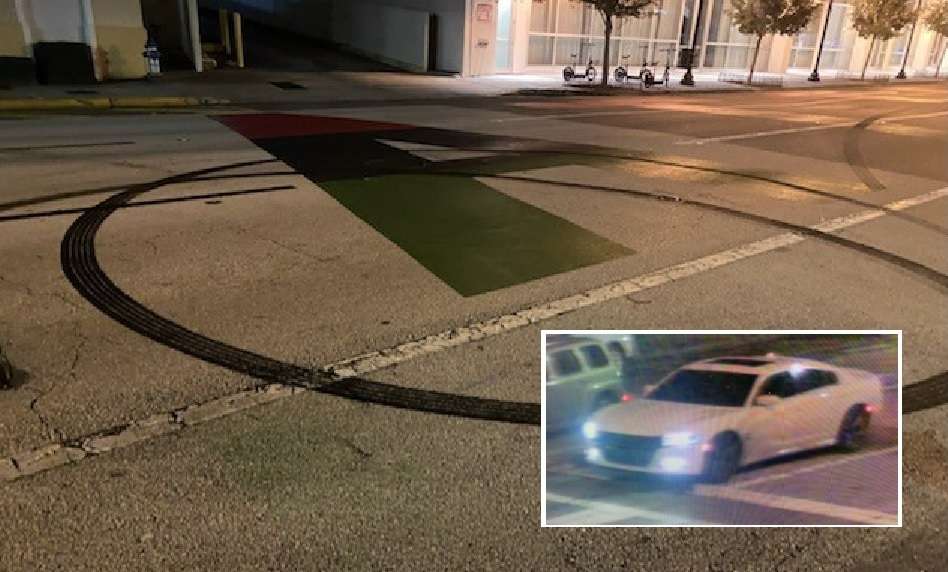 Police say the driver made big looping skid marks on the mural. The city has already pressure-washed and repainted parts of it.

The car involved was a newer model white Dodge Charger with dark tint and a sunroof, according to police.

The red, black and green letters on Rosalind Avenue had previously been defaced with graffiti shortly after they were painted in late June.