Vaping Deaths: Inhaling Fats May Not Be The Culprit Of Vaping Injuries 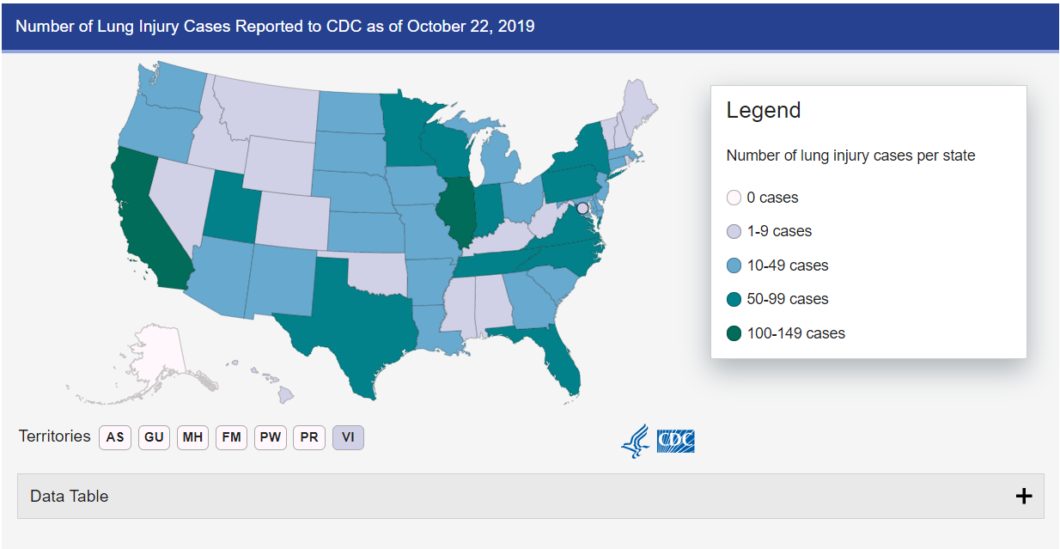 Researchers are still trying to figure out the cause of vaping-related lung injuries across the U.S.

Mayo Clinic doctors are casting doubt on one possible cause of vaping-associated lung injuries: inhaling lipids, or fats.

Note: Since this story has published, the U.S. Centers for Disease Control and Prevention has since said inhaling fats is a possible cause.

Doctors examined the lung biopsies of 17 patients who had confirmed or probable cases of vaping injuries and published the results in a letter to the New England Journal of Medicine.

Some doctors have speculated that one cause could be from inhaling lipids, or fats, into the lungs – which can cause a rare form of pneumonia known as exogenous lipid pneumonia. According to the Washington Post, investigators early on were looking at vitamin E oil as a possible contaminate.

Dr. Andras Khoor said there’s still a long list of chemicals that could be the cause.

“The agents responsible for this injury, this chemical burn, are not known at this time,” Khoor told Florida lawmakers during a health committee in the Florida House of Representatives.

He noted that patients who do recover don’t seem to have long-term effects. Another trend? Most patients were using non-nicotine products.

The U.S. Centers for Disease Control and Prevention advise that black market vaping products with THC play a “major role” in the outbreak, and recommend people do not buy products off the street or from friends.

More than 1,600 people across the country have become sick, and 34 people have died – including one in Florida.