13 People Were Shot, 1 Killed, At A Tennessee Kroger Store. The Suspect Is Dead 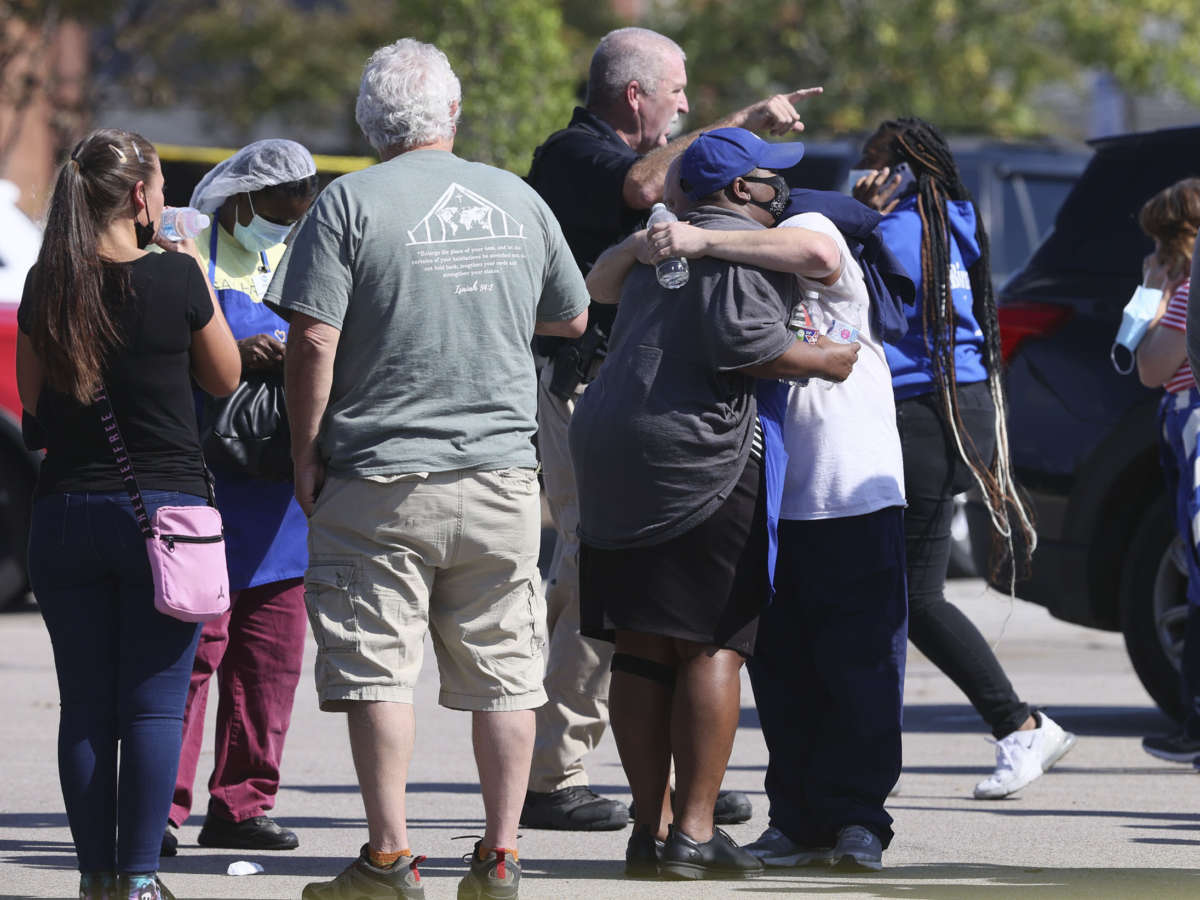 People embrace as police respond to the scene of a shooting at a Kroger grocery store in Collierville, Tenn., on Thursday. Multiple people were injured and one person was killed. The suspected shooter died from what police are saying was a "self-inflicted gunshot wound."
Image credit: Joe Rondone

One person is dead and at least a dozen others are wounded after a shooting incident at a Kroger grocery store in Collierville, Tenn., a suburb east of Memphis, officials said.

According to Collierville Police Chief Dale Lane, officers received a call at 1:30 p.m. local time Thursday about an active shooter at the supermarket.

Minutes later, police arrived and Lane says they went aisle by aisle inside the store to search for victims who may have been injured, finding some hiding in freezers and locked offices.

The suspected shooter is dead from what police believe is a “self-inflicted gunshot wound,” Lane said during a news conference.

Officials said at least 12 people were transported to local hospitals, while one person walked into a nearby hospital for treatment, Lane said.

While the extent of the victims’ injuries is not yet clear at this time, Lane said that some of the injuries were serious.

This is a developing story. Some things reported by the media may later turn out to be wrong. We will focus on reports from officials and other authorities, credible news outlets and reporters who are at the scene. We will update as the situation develops.