Country Music in 2019 was Defined by Women 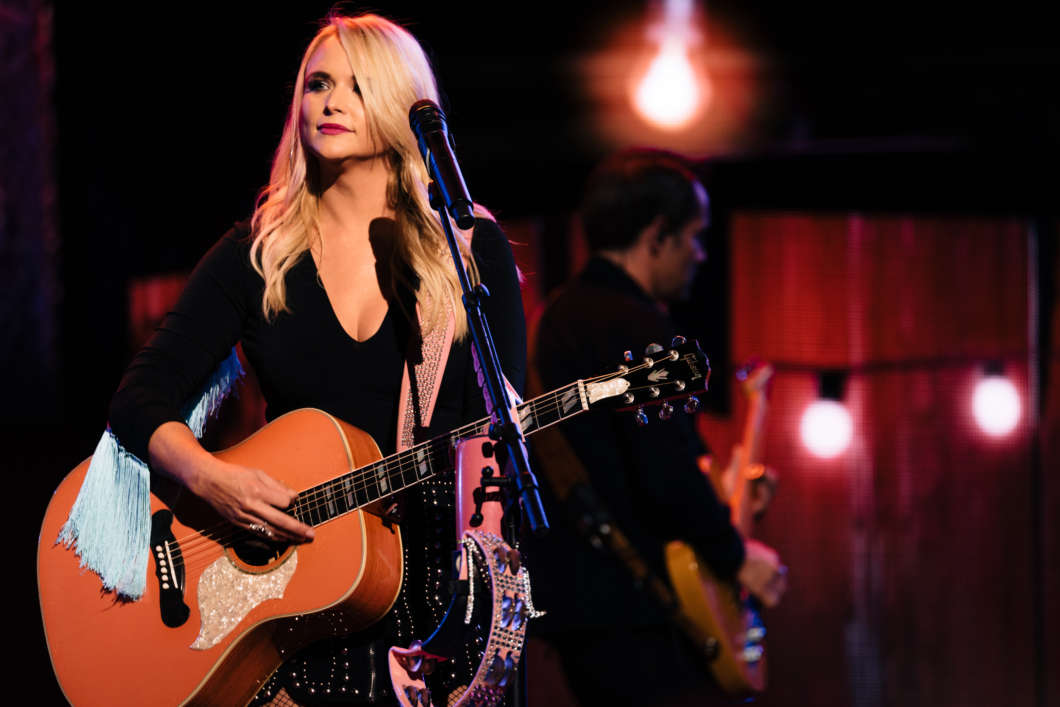 Four years after consultant Keith Hill’s comment that women artists on country radio were best thought of as garnish — tomatoes, as in “hot” — added fuel to what was already becoming a major debate about sexism in country music, gender-equity activism in the genre has reached a tipping point. One major force in 2019 was newly crowned Nashville favorite Brandi Carlile, who brought her years of experience forging an independent path as a singer-songwriter to a collaboration that paid off in major visibility and goodwill. The Highwomen, the “open partnership” she formed with country rebel Maren Morris, beloved songwriter Natalie Hemby and Americana music favorite Amanda Shires, was greeted ecstatically by genre aficionados, and the group’s self-titled album hit the top of the country chart.

A sensation, The Highwomen lifted all boats and set the tone for a Year of Women in Music that actually made a real difference in the genre. Carlile also used her power to shine the spotlight on two of her heroes, Tanya Tucker and Dolly Parton, serving the crucial need to center women in country music’s history. (Ken Burns’s massive PBS documentary on the subject did good work this way, too.) Meanwhile, format veterans brought attention to inequality in statement and song, a new generation of artists claimed power in the studio and on tour, and advocacy groups like Change The Conversation and WOMAN Nashville kept people talking about the chauvinism that is slowly fading and the promise that a more equitable country music business — one that sounds and looks like its woman-powered fan base — offers. —Ann Powers

Maren Morris advocates for sisterly solidarity (and sets herself up for a big year). While much of the focus on Morris throughout the latter half of 2019 centered on her work with the Highwomen, she started the year with an empowering message of female solidarity in both the song “Girl” and the potent video that accompanied it. The title track off Morris’ acclaimed sophomore album, “Girl” finds strength in vulnerability and, with its assertion that “there’s enough [crown] to go around,” counters the notion that women must compete with one another to find success and happiness. Girl went on to win album of the year at November’s CMA Awards, capping a landmark year for an essential artist. —Brittney McKenna

Women country session players form Side Piece. Plenty of gigging musicians who happen to be women have confronted the sexist perceptions that they’re weak links or, even worse, hangers on. Several of Nashville’s working female musicians, including fiddler Megan Mullins, drummer Megan Jane and bassist Annie Clements (who tours with Maren Morris), decided to team up under a band name that satirizes the stereotype. After quietly forming in January, they established a social media presence the following month and started building a following as the rare all-woman combo playing bi-weekly sets at a Lower Broadway honky-tonk — and they’re walking the inclusion talk by inviting all their sister shredders to sit in. —Jewly Hight

Jennifer Nettles celebrates women’s strengths in “I Can Do Hard Things.” Nettles isn’t one to beat around the bush. Case in point: At this year’s CMA Awards, Nettles wore a cape that read “Play our f*@#!n records, please and thank you.” And on the title track from her latest EP, Nettles lays out a clearly rendered laundry list of the complexities and contradictions of growing in her womanhood, from losing “people and money” to gaining “joy like [she’s] never known.” The song is a candid, refreshing take on the stuff of real “women’s work,” and is a welcome counter to radio fodder that too often glosses over women’s interior lives. —Brittney McKenna

Little Big Town demands better for “The Daughters.” Often, pop protest is powered by slash-and-burn attitude, but sometimes a softer approach is just as effective. Karen Fairchild co-wrote this understated ballad from a believer’s perspective, directed at women who’ve invested in the Friday Night Lights ideals of Middle America, but found little real room for themselves there. “I’ve heard of God the Son and God the Father,” Fairchild sings, in a voice conjuring all-compassion, “I’m just looking for a God for the daughters.” And it makes you think: What if this had always been an American prayer? This Grammy-nominated song shows how questions like this can be asked in places where they’ve long been suppressed. —Ann Powers

Carrie Underwood flexes her power to support other women with the Cry Pretty Tour. Adding insult to the injury that was Underwood’s entertainer of the year loss at this year’s CMA Awards is the ethos behind her Cry Pretty 360 Tour, which explicitly focused on raising the profiles of emerging women country artists. In a genre where country radio still, puzzlingly, all but refuses to play music by women artists, Underwood put her money — and her power as a rare woman artist who does get airplay — where her mouth is, bringing Maddie & Tae and Runaway June along for the ride. The 64-date tour was an anomaly in country, which typically discourages all-woman bills. Fans didn’t seem to mind, though: Billboard reports that average attendance was 11,022 per show. —Brittney McKenna

Mickey Guyton offers a solidarity anthem with “Sister. Guyton has turned heads for the last half decade with the full-throated, pop-country poise of her singing, but “Sister” marked the first time that she used her voice to deliver an explicit message. She wanted the anthemic ballad to proclaim the buoying power of female friendship in a male-dominated world. “You’re gonna hurt, but you ain’t gonna hurt alone,” she vows, letting the effort of committing to solidarity be felt in her performance. —Jewly Hight

The Highwomen take Newport (and Americana, and country music). What a joy it has been to spend 2019 with the Highwomen. From the exciting initial rumblings of the band’s formation in January to the triumphant release of their self-titled debut album in September, the Highwomen’s journey, thus far, has been one of equality, inclusivity and damn-good country music, as ushered forth by members Brandi Carlile, Natalie Hemby, Maren Morris and Amanda Shires. A pivotal stop on that journey was the band’s July performance at the Newport Folk Festival, which served not only as a coming out party for the new country superpower but as a joyous celebration of female collaboration, made even sweeter by appearances from honorary Highwomen like Yola, Sheryl Crow and none other than Dolly Parton. —Brittney McKenna

Veteran artists secure their legacies and say “Bring My Flowers Now.” Resurgent legend Tanya Tucker sings that phrase at the emotional high point of the stunning comeback album, While I’m Livin’, she released this year. It’s a demand women need to make more often — so frequently overlooked in Halls of Fame and official histories, country’s veterans deserve to be celebrated and acknowledged as still vital. Tucker’s return, assisted by country’s newest game-changer, Brandi Carlile, and her band, was only one example of women considering their legacies and crafting gold. Longtime Nashvillian Sheryl Crow’s Threads enlisted friends like Stevie Nicks, Eric Clapton and Chuck D to revisit a momentous career; Trisha Yearwood reclaimed her classic sound on Every Girl; and Reba McEntire ran a victory lap with Stronger Than the Truth. Nashville’s queens are on their thrones — pay tribute. —Ann Powers

Kalie Shorr makes “grrrl power” country music with Open Book. Avril Lavigne is a quietly massive influence on many women in 21st-century pop. But the “Sk8er Boi” sparkplug’s hits often dwelled on female competition. In her music, Shorr, leader of Nashville’s feminist writers’ round Song Suffragettes, transforms Lavigne’s cutting-edge pep into something more sisterly and self-aware. Some songs on her long-awaited debut album would have been great on Warped Tour; others are classic country-pop tales of overcoming grief and finding love. What’s always present is a commitment to telling women’s stories fully — and having lots of rock and roll fun at the same time. —Ann Powers

Miranda Lambert stumps for Carrie Underwood at the CMAs. In the middle of Lambert’s biggest promotional effort in years, when she should’ve been drawing as much attention as possible to her new album, Wildcard, she went out of her way to stump for the recognition of Underwood. In an Instagram post and interviews, Lambert let the world know that she thought Underwood deserved to win CMA entertainer of the year, the mother of all awards in their industry, and one that had eluded them both when they’d each been nominated in the past. Lambert rhapsodized about how hard Underwood has worked as an all-around entertainer, “classin’ up our stages, charts and televisions for a decade-and-a-half.” Underwood’s ultimate loss, despite her fellow star’s enthusiastic endorsement, drives home howfar country music has to go when it comes to truly embracing female achievement. —Jewly Hight

Jenee Fleenor wins CMA Musician of the Year. The streak of male session pros winning CMA Awards for their playing stretches from the show’s 1967 founding, when the category was instrumentalist of the year, to 2018, by which time it had been renamed musician of the year. Fleenor brought her fiddle chops and recording aspirations to Nashville nearly two decades ago, knowing full well that men tended to have the run of the studios, but that didn’t dissuade her from paying her dues and proving herself to be a gutsy, agile musician. Eventually, people started recognizing her signature licks on tracks. Not only was she the first woman to be named CMA musician of the year, she was the first fiddler to beat out the guitarist nominees since 1996. —Jewly Hight

Dolly Parton closes a banner year. For years, we’ve been waiting for country music’s most delightful genius to be invoked with the same reverence that male greats like Johnny Cash and Willie Nelson consistently receive — and to receive that due for her brilliant musicianship and writerly skill, as well as her inexhaustible charm. Well, it’s happening — 2019 is Dolly Parton’s Year. Coming out of the December 2018 release of the Dollycentric teen movie Dumplin’ and its soundtrack, she celebrated 50 years as a Grand Ole Opry member with an exhibit and an all-star special; co-hosted the CMA Awards with Reba McEntire and Carrie Underwood; and had her face emblazoned on Tyler Reddick’s NASCAR Camaro at Bristol Motor Speedway. The world beyond Tennessee also bowed to her glory, via WNYC’s insightful and deeply entertaining podcast Dolly Parton’s America (which, among other things, addressed her as a liberator beyond feminist cateogories and a queer culture champion) and Dolly Parton’s Heartstrings, an eight-part Netflix special based on her songs. And then there was the Newport Folk Festival, where Dolly headlined an all-women afternoon set curated by her great admirer Brandi Carlile “Is There Anything We Can All Agree On? Yes: Dolly Parton,” declared a New York Times headline, next to a photo illustration that turned her into an All-American, blonde manifestation of Shiva. Dolly’s response to all this fuss? Grin and crack another sweetly dirty joke and break into a song as great as anyone has ever heard — one she wrote. —Ann Powers