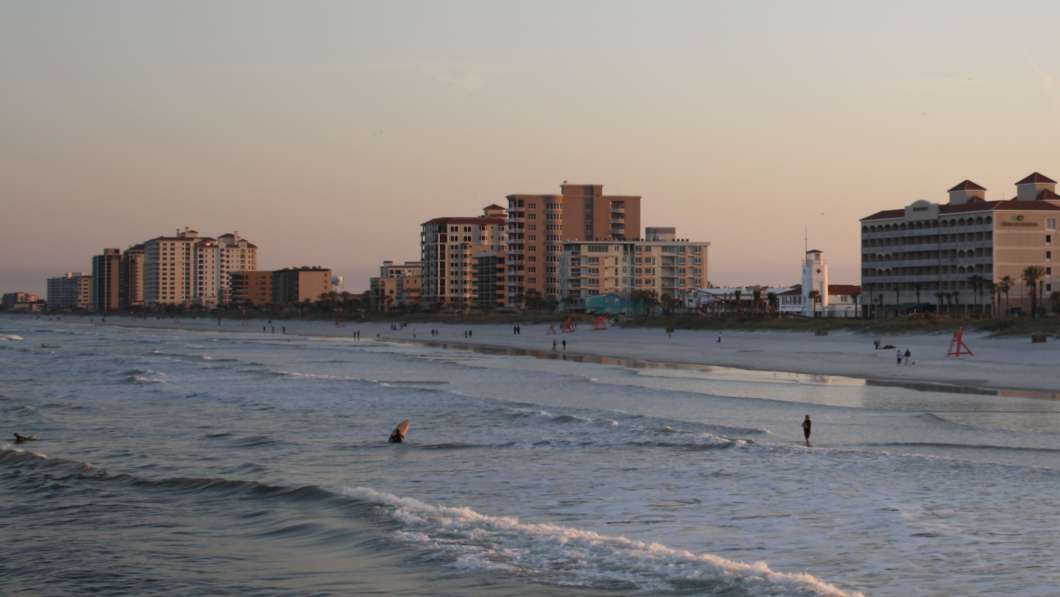 A view of Jacksonville Beach. Seismic testing could be coming to Florida's Altantic coast.

Soon you may hear the sound of seismic tests up and down Florida’s Atlantic Coast.

The Trump Administration has okayed the search for oil and natural gas from the Space Coast north.

On this week’s Florida Roundup we looked at the opportunities that come with the tests and risks to life under the sea.

With their thoughts we welcomed Erin Handy, the Field Campaigns Manager for Oceana’s Southeast Region and Nikki Martin, President of the International Association of Geophysical Contractors.

Florida is one of 18 states that has not expanded Medicaid, the federal government health care insurance plan for low income people.

This week, the federal government changed how long Floridians eligible for Medicaid have to sign up for the insurance after they visit a doctor, go the hospital or have some kind of health issue. Instead of three months, people now have just one month to sign up for Medicaid.  The state says the change will save almost $100 million dollars.

The Affordable Care Act – also known as Obamacare – deadline is also looming with December 15 being the final day to sign up for annual coverage in the next cycle.

We looked at both programs with Mary Shedden, News Director at WUSF in Tampa, where the Health News Florida collaborative is based.

Christine Sexton, who writes for News Service of Florida, also joined us.