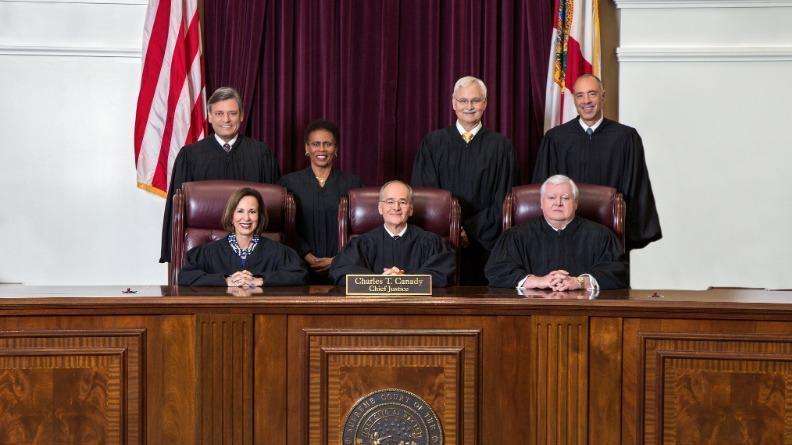 This week on The Florida Roundup we present an encore presentation of highlights from past programs.

Our topics: The state Supreme Court on Facebook, symbols of the Confederacy in Florida, and a conversation with Dan Rather on the search for civility.

Court Proceedings In The Age Of Social Media

In January, we spoke about the decision and the issue of cameras with Carrie Johnson, NPR justice correspondent in Washington.

Symbols Of The Confederacy Remain Strong In Florida

This summer, a new report was released finding that even though dozens of monuments and tributes to the Confederacy have been removed over the last few years including here in Florida, nearly 2,000 still remain.

In June, we spoke about these findings with Heidi Byrock. She’s the director of the Intelligence Project at the Southern Poverty Law Center.  We also spoke with civil rights icon Rodney Hurst.

Dan Rather Reflects On What It Means To Be An American

A year ago, we spoke with veteran journalist Dan Rather.

At a deeply polarizing time in this nation’s history, he has emerged as a voice of reason and integrity, writing passionately – oftentimes on social media – about what it means to be an American.

A year ago, Rather released a new collection of original essays reminding us of the principles upon which the United States was founded. The book is entitled What Unites Us: Reflections on Patriotism.