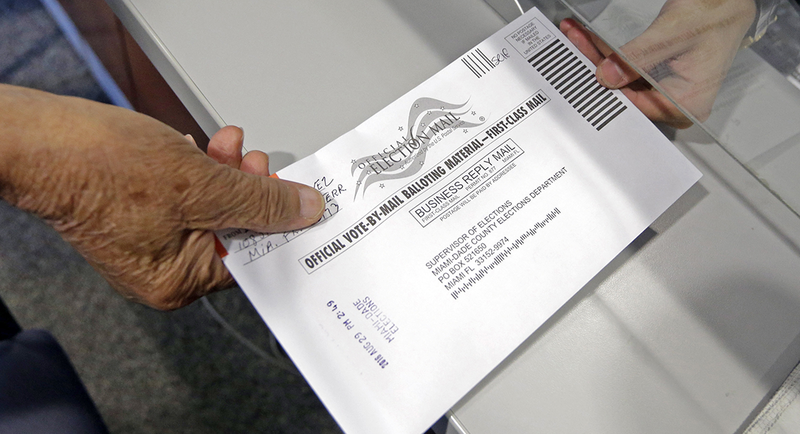 On Friday’s Florida Roundup we looked at how voting is going with just days left before the midterm elections, how one county is a microcosm of Florida politics and how Amendment 4 could drive voter turnout.

The last two races for governor were decided by fewer than 65,000 votes. And in close races — from the governor’s race, the U.S. Senate race and a collection of U.S. House races — turnout matters.

We were joined by Adam Smith, political editor for the Tampa Bay Times.

Pinellas County Could Decide The Election

In the politically fractured state of Florida — where registered voters are split three ways between Republicans, Democrats and no party at all —  Pinellas County — the home of Clearwater Beach and St. Petersburg —  embodies the split.

It may not look like Florida racially, but Pinellas County is the political mini-me of Florida.

Adam Smith was still with us, and from our member station in Tampa, WUSF’s Mark Schreiner also joined the program.

The next election in Florida could see more than 1 million new eligible voters. That’s because Amendment  4  is on this year’s ballot. If OKed, it would restore the right to vote for convicted felons like Alecia Tramel, who was convicted of armed robbery in her 20s. She’s now 48.

Florida is one of four states where convicted felons do not get back their right to vote without a decision from a state officer or board. In Florida’s case, the clemency board is the governor, state attorney general, agriculture commissioner and chief financial officer.

We heard from one of our listeners Thomas Arteaga, who lives in Broward County.

An investigation by the Palm Beach Post finds under Gov. Rick Scott, Florida has restored rights to the lowest percentage of blacks in 50 years.

Times political editor  Adam Smith was still with us, and we were also joined by  WLRN’s Nadege Green.