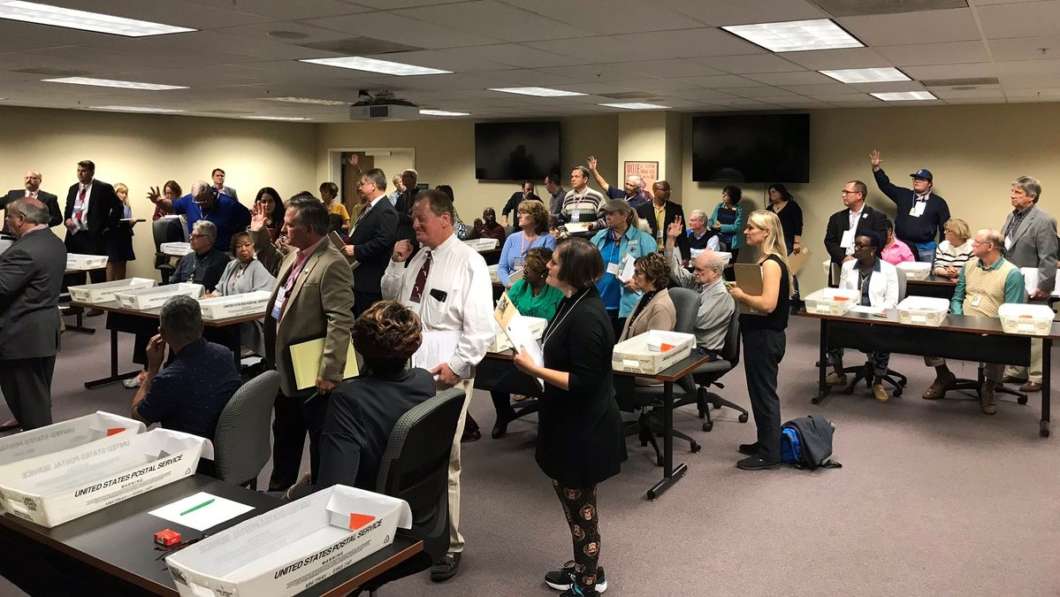 Observers from the Republican and Democratic parties along with members from the Bill Nelson and Rick Scott campaigns were at the Duval Supervisors of Elections recount in Jacksonville Friday.

On this week’s Florida Roundup we’re looking at the Florida recount and the slow recovery in the Panhandle.

Republican Ron DeSantis is all but certified as Florida’s next governor. That’s after a recount showed that he beat Democrat Andrew Gillum by 33,652 votes or 0.4 percent.

But, a hand recount is on in the Senate race between incumbant Democrat Bill Nelson and Republican Gov. Rick Scott.  Secretary of State Ken Detzner announced Thursday that manual recounts of “overvotes” and “undervotes” will be required in the two statewide races, as the margins between candidates were below 0.25 percent.

The announcement came amid a series of legal battles that focus on the race between Nelson and his Scott.

Scott continued to hold a lead after the machine recounts, as did Democrat Nikki Fried in her race against Republican Matt Caldwell for agriculture commissioner.

The legal wrangling over the recounts in Florida is raising new questions about how this state conducts elections.

Joining us with insights into the recounts, we welcomed:

Florida’s Panhandle continues its attempts to recover from the devastation caused by Hurricane Michael more than a month after the storm blew through the region.

Families are still sleeping in tents five weeks after Michael. More than 95,000 people in the disaster zone have asked the Federal Emergency Management Agency for help. So far, just over 25,000 have been approved for housing assistance.

Jessica Foster from WJHG News, the NBC affiliate in Panama City Beach, joined us with the latest from the Panhandle.