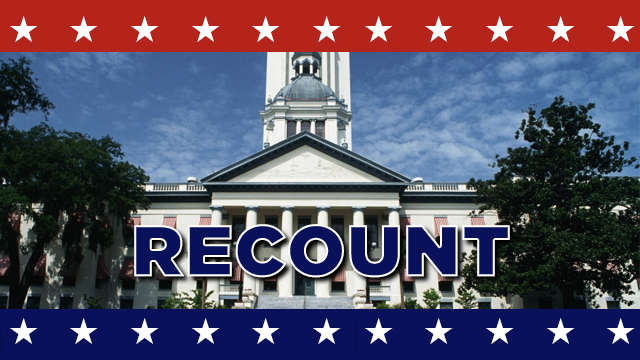 Recounts are looming and expected to be ordered Saturday afternoon in at least three statewide races.

On Friday’s Florida Roundup, we took a deep dive into Florida’s recount scenario where the races for U.S. Senate, Governor and Agriculture Commissioner all currently meet the criteria for recounts, due to razor-thin margins and shifting numbers as provisional and mail-in ballots are counted.

Outgoing Republican Gov. Rick Scott is suing, claiming “rampant fraud” in an effort to maintain his victory over incumbent Sen. Bill Nelson.  Nelson’s campaign is also suing to stop the rejection of vote-by-mail and provisional ballots based on voter signatures.

Caitie Switalski, who covers Broward County for WLRN, joined us with the latest along with Steve Newborn with WUSF in Tampa. He’s been has been covering the Senate race.

We were also joined by Myra Adams with the National Review and Florida State University Professor Diane Roberts.