100 Days In, Trump’s Generals Seen As A Moderating Force 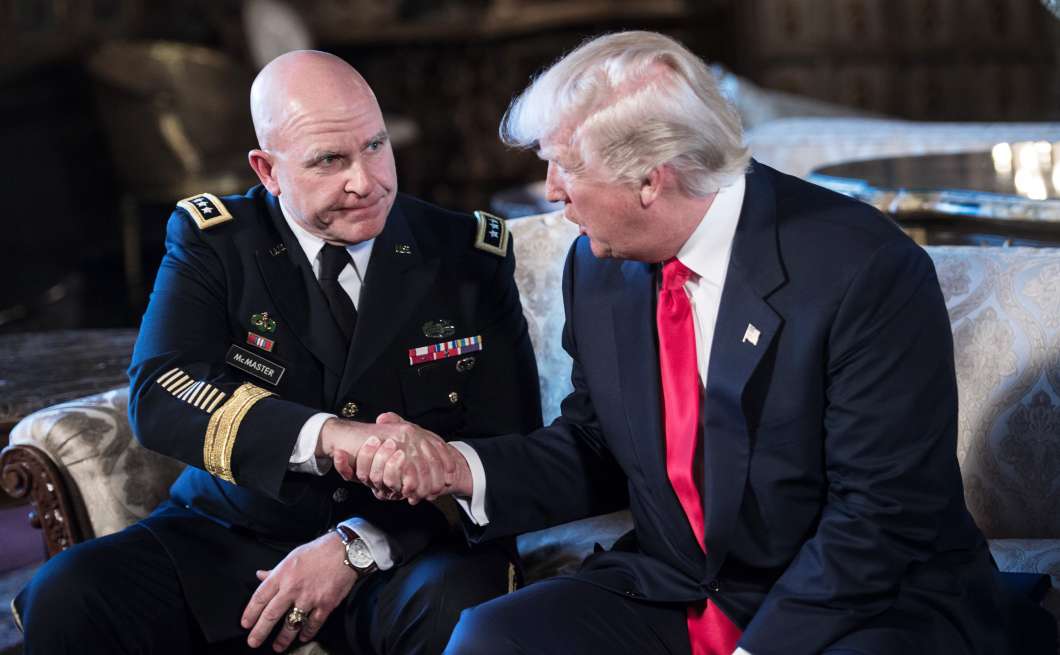 When President Donald Trump selected retired Marine Gen. James Mattis for defense secretary, it was a rare choice. No recently retired general had been selected for the top Pentagon job since George Marshall, some 66 years earlier.

Mattis had wide support on Capitol Hill from both parties. Described as a warrior-scholar, he was well known for his combat prowess; his ability to select the right historical quote; and offering blunt, unvarnished testimony.

But Sen. Kirsten Gillibrand, D-N.Y., was a bit wary and said she would not vote to give Mattis the necessary waiver to serve in the job. Mattis had been out of uniform for only three years; the law requires a gap of seven years before someone can be eligible to become defense secretary.

“Civilian control of the military is a fundamental principle of American democracy,” Gillibrand said.

“All these are ground guys with a lot of experience,” said one former official on the National Security Council, who pointed out that all were ground combat “hammers.”

“Will everything be a nail?” the former official asked.

Mieke Eoyang, who was a defense and intelligence staffer on Capitol Hill before joining the think tank Third Way, picked up on that theme: Having a lot of generals holding high posts in an administration is a “mixed bag,” she said.

“On the one hand they bring a real pragmatism and thoroughness to a policy discussion on the military side,” Eoyang says.

“But on the other side, they are very familiar with a certain set of tools for national security and they’re going to have an over-reliance on those tools. And some of the other things that you need — diplomacy and sanctions — you might not have these people putting these forward.”

When the hammers don’t hit

As these generals and their president pass the 100-day mark, there has been some stepped-up military action. More troops have been sent to Iraq and Syria to fight the Islamic State. The U.S. has staged military operations in both Yemen and Somalia. And in Afghanistan, the U.S. is considering sending “several thousand” more troops to fight both the Taliban and ISIS.

But Pentagon officials and defense analysts also say that the generals — particularly Mattis and McMaster — have moderated Trump on a number of issues, pushing the president away from the use of torture, getting him to embrace NATO and making their case that Russia is a threat.

The current and former military commanders have also taken up their own kind of diplomacy.

Retired Army Gen. Jack Keane says Mattis, in particular, has been effective in reaching out to Arab nations in the Middle East — where he made a lot of connections while serving as the top officer in U.S. Central Command — to reach out to leaders unhappy with what they saw as President Obama’s softer line on Iran.

“I think he’s been effective in reassuring allies,” says Keane.

And McMaster has drawn praise for bringing in seasoned staffers to the National Security Council, including Fiona Hill, an expert on Russian and European affairs, and Nadia Schadlow, a scholar who has written widely on stability operations and reconstruction and will work on national security strategy.

McMaster also urged his staff to stay away from the term “radical Islamic terrorist” because it’s a loaded term that can offend allies and partners in the Muslim world. But the president has not heeded his suggestion.

Trump reaches out to Mattis frequently for advice, according to U.S. officials, sometimes in the wee hours of the morning. The Obama administration found him too hawkish, especially on Iran, but so far Mattis and Trump appear to be simpatico.

Not everyone thinks that’s a good thing.

“Secretary of Defense James Mattis, who, despite his well-deserved reputation as a strategic thinker, has described Iran as ‘the single most enduring threat to stability and peace’ in the Middle East,” writes Emma Ashford of the CATO Institute. “That proposition is debatable.”

Continued Ashford: “Iran has undoubtedly been a destabilizing regional force, but other factors such as Saudi financing for extremism, the U.S. invasion of Iraq, and the legacies of the Arab Spring have all contributed to today’s Middle East turmoil. Yet Mattis’ dislike of Iran colors his approach to the region.”

Still, Mattis, on a visit to Saudi Arabia, has called for a political solution to the crisis in Yemen, where Iran has been supplying the Houthi rebels with arms. The U.S. has provided the Saudis with intelligence, aerial refueling for their combat aircraft and other assistance.

Over the first 100 days of the administration, sources say that Mattis has forged an especially strong bond with Secretary of State Rex Tillerson.

The war that never ends

One area of uncertainty for both Mattis and McMaster lies with the future strategy for Afghanistan. The commander there, Gen. John “Mick” Nicholson, has said the war is at a “stalemate” and he needs “a few thousand” more troops to train Afghan forces and go after terrorists.

Mattis served in Afghanistan during the early days of the war, capturing an airfield from Taliban forces in the closing days of 2001. And McMaster was later in charge of anti-corruption efforts. On a recent trip to Kabul, McMaster said those Taliban insurgents who do not lay down their arms “will be defeated on battlefields.”

But if the U.S. — which once fielded some 100,000 troops in the country — and its Afghan partners have not defeated the Taliban by now, what difference can Washington make with just a few thousand more trainers?

Administration officials say a new strategy for Afghanistan is being drawn up — some 15 years after Brig. Gen. James Mattis and his Marines seized Kandahar Airfield.

Aaron O’Connell, a Marine officer who served in Afghanistan, said the present strategy raises some major questions. He just edited the book Our Latest Longest War.

“We have almost 9,000 troops in Afghanistan; 2,000 of them are there doing counterterrorism missions,” O’Connell told NPR’s Steve Inskeep. “That’s appropriate and should stay. The real question is, what are the other 7,000 doing? If they are there for training the Afghan army and police and that Afghan army and police are showing no real signs of getting better, we probably have to re-evaluate how we engage with the Afghan government.”

Then there’s North Korea. Pentagon officials say Mattis was caught off guard when the boss of U.S. Pacific Command, Adm. Harry Harris, ordered the aircraft carrier USS Carl Vinson toward North Korea, canceling a planned visit to Australia. Then a nuclear-powered submarine equipped with 154 Tomahawk missiles, the USS Michigan, was dispatched to the area.

The ship movements were on cable TV news for days, and blustery talk from both Trump and North Korean leader Kim Jong Un raised questions about whether the military “hammer” was getting ready to strike. Behind the scenes, however, Pentagon officials were saying that diplomacy would take center stage.

Then came this statement from Mattis and Tillerson, along with Director of National Intelligence Dan Coats.

“The president’s approach aims to pressure North Korea into dismantling its nuclear, ballistic missile, and proliferation programs by tightening economic sanctions and pursuing diplomatic measures with our allies and regional partners.”

In this case, at least for the time being, the hammer was set aside.