1 Woman Is Dead, Others Injured In Minneapolis After A Driver Plows Into Protestors 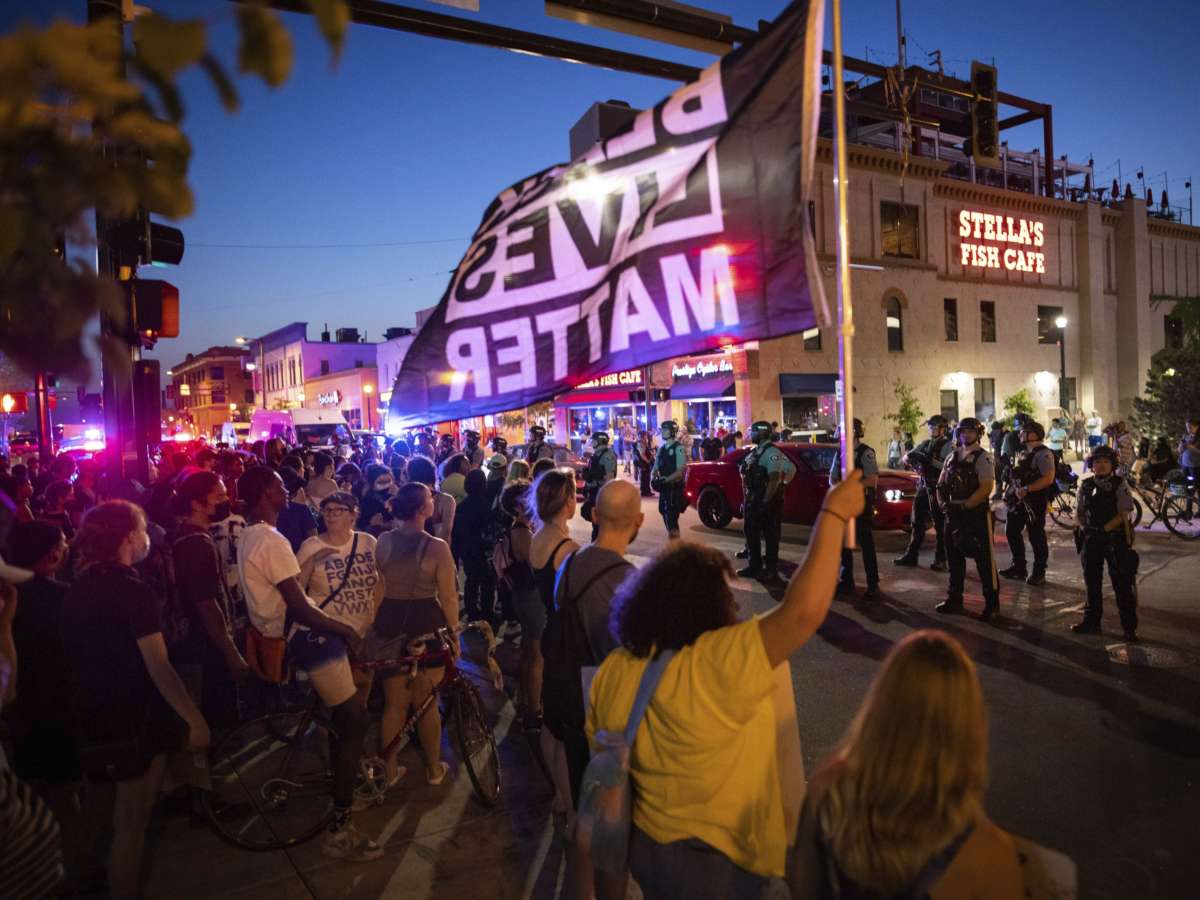 Protestors face police, on June 6 in Minneapolis, as they demand justice for Winston Boogie Smith Jr., who was fatally shot by members of a U.S. Marshal Task Force. A woman at another Smith protest on June 13 was killed after a man plowed into demonstrators.
Image credit: Christian Monterrosa

One woman is dead after a man drove into a crowd of protestors in Minneapolis late Sunday night. The suspect is in custody, according to the city’s police department.

Demonstrators were gathered to protest the June 3 shooting death of Winston Boogie Smith Jr., a 33-year-old Black man, by U.S. Marshals in Minneapolis. At approximately 11:39 p.m. Sunday, a car sped into a group of protestors that were standing along Lake Street and Girard Ave. in the Uptown area of the city, hitting and injuring at least three people.

It’s unclear how many protestors were on scene at the time of the incident.

An adult woman critically injured at the scene was declared dead at the hospital as a result of the crash, police tweeted. The woman’s name has been shared on social media, but NPR has been unable to independently confirm her identity. Police and the Hennepin County Medical Examiner’s Office have not released her identity and didn’t immediately respond to NPR’s request for comment.

A suspect was pulled from the wrecked car by protestors and restrained, according to police, as well as images and video shared online. His identity has not been released.

Two other people were injured in the crash and transferred by ambulance to an area hospital. One of them was later treated and released from the hospital.

Who was Winston Boogie Smith Jr.?

Protestors have been holding demonstrations for days following the death of Smith, who is from St. Paul, almost two weeks ago.

News of the shooting comes after a year of demonstrations in the city following the death of George Floyd at the hands of Minneapolis police on May 25, 2020.

Smith, the focus of the demonstration Sunday, was killed by U.S. Marshals on June 3 in the Uptown area of Minneapolis at a parking ramp. The medical examiner said Smith died of multiple gunshot wounds.

Agents for the U.S. Marshals Fugitive Task Force said they were attempting to take Smith into custody for a felony firearms violation warrant. Two Hennepin and Ramsey County deputies on the task force shot their guns during the incident.

Authorities say evidence in the preliminary investigation indicates Smith fired his weapon from inside his car. The Minnesota Department of Public Safety Bureau of Criminal Apprehension, which is still investigating the case, said a handgun and spent cartridge cases were recovered from inside Smith’s car.

But a 27-year-old woman in the car with Smith at the time of his death has disputed these findings. She said she never saw Smith with a gun.

There is no police body camera footage available from the shooting, according to authorities.