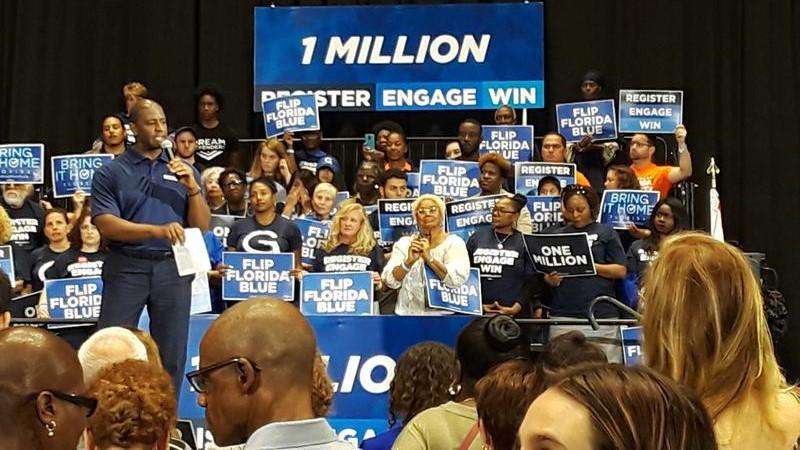 Former Tallahassee Mayor Andrew Gillum, who narrowly lost his bid in the gubernatorial race last year, has launched a push to register 1 million Florida residents to vote before the 2020 presidential election.

This push to register voters comes as more than 1.5 million felons recently had their voting rights automatically restored as a result of Amendment 4, which voters approved last year.

To take a look at the voter drive and the potential impact it could have on the 2020 elections we were joined by WLRN reporter Danny Rivero and Florida Rights Restoration Coalition Political Director Neil Volz.

How Tough Should It Be To Tax Floridians?

A bill state lawmakers are considering would make it tougher to get local tax increases approved.

The Florida Times-Union reported legislation advancing in the House and Senate would require all sales tax increases proposed by counties and school districts to appear on November general election ballots, eliminating the possibility of their being decided during lower-turnout primaries or special elections.

While some favor keeping a tighter lid on taxes, others are worried the change might jeopardize or delay funding for local projects.

Brian Willis is a founder of the All for Transportation voter effort in Hillsborough County. He joined us with his perspective.